MS Dhoni, Suresh Raina Sweat It Out In The Nets As CSK Gear Up For IPL 2021. Watch 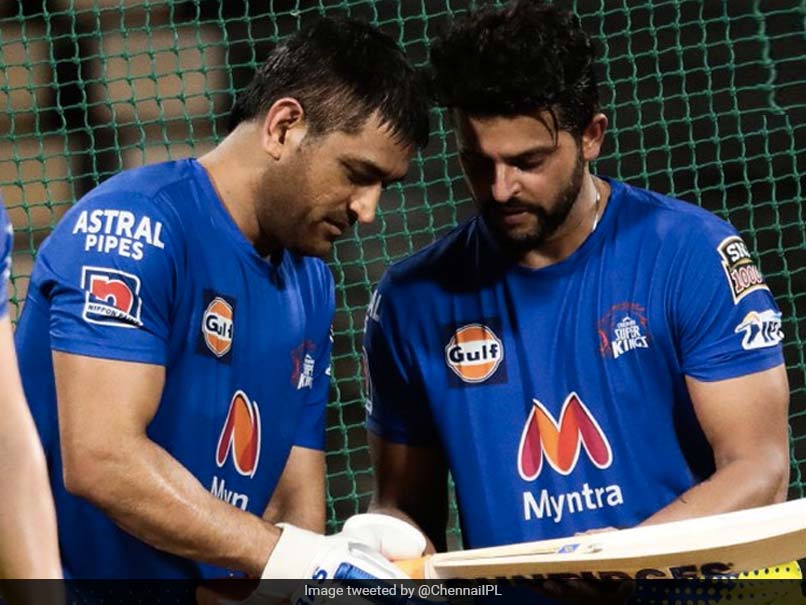 MS Dhoni and Suresh Raina will be in action in the upcoming edition of the Indian Premier League.© Twitter

MS Dhoni, former India captain, and Suresh Raina were seen sweating it out in the nets as three-time Indian Premier League (IPL) champions Chennai Super Kings gear up for the upcoming season. In the video, both Dhoni and Raina can be seen sharpening their during a practice session while keeping a close eye on how youngsters like Sam Curran are preparing for the T20 tournament. Raina, who missed last year's IPL due to personal reasons, looked sharp as he did some fielding drills and then worked on his big-hitting during a net session.

Chennai Super Kings finished seventh last season -- their worst season in the history of IPL as the MS Dhoni-led side failed to qualify for the playoffs for the first time.

The Chennai-based franchise on Wednesday suffered a big blow as Australia fast-bowler Josh Hazlewood opted out of the upcoming season to spend time with his family.

"It's been a long 10 months in bubbles and quarantine at different times, so I decided to have a rest from cricket and spend some time at home and in Australia in the next two months," Hazlewood was quoted as saying by cricket.com.au.

The IPL 2021 kicks off on April 9 with defending champions Mumbai Indians taking on Royal Challengers Bangalore in Chennai.

Chennai Super Kings will face Delhi Capitals in their campaign opener on April 10.

CSK added the likes of Moeen Ali and Krishnappa Gowtham to their squad and with Suresh Raina also returning to the set-up, Chennai will be hoping to put in a better performance as compared to last season.

Josh Hazlewood IPL 2021 Cricket
Get the latest updates on ICC T20 Worldcup 2022 and CWG 2022 check out the Schedule, Live Score and Medals Tally. Like us on Facebook or follow us on Twitter for more sports updates. You can also download the NDTV Cricket app for Android or iOS.