MI vs RCB, IPL 2021: Mumbai Indians Players To Watch Out For

IPL 2021: Mumbai Indians are spoilt for choices when it comes to fielding a playing XI, but some players always are key. Here is a look at some of their stars. 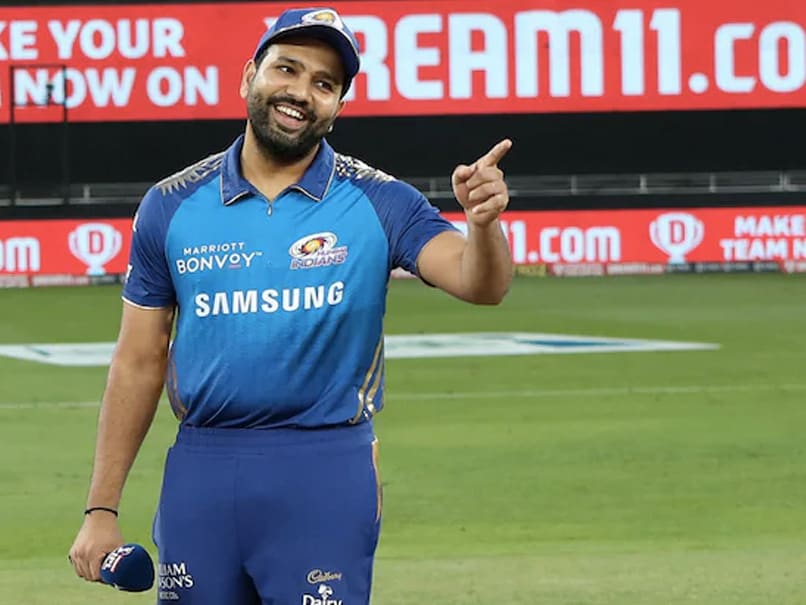 Rohit Sharma will be hoping to improve on his return from the last IPL season.© BCCI/IPL

Defending champions Mumbai Indians begin their IPL title defence against Virat Kohli's Royal Challengers Bangalore at the MA Chidambaram Stadium in Chennai on Friday. The season's opening clash will see Rohit Sharma and Virat Kohli go head-to-head. But there are numerous other players that have the ability to tilt the balance of the game in their team's favour. The Mumbai Indians roster boasts of some massive international names but it's a strong Indian core that has made the team so successful over the years.

The India opener is now synonymous with Mumbai Indians. When you think of MI, it's hard to look beyond Rohit Sharma. Such has been his impact ever since he joined the franchise. The stylish right-hander, though, has not been at his absolute best in recent matches. He did hit a fine 161 during the Test series against England but despite getting starts in the five-match T20I and three-match ODI series, he had a high score of 64 that being his only half-century.

Last season in the UAE, Rohit averaged just 27.66, scoring a total of 332 runs at a strike rate of 127.69. He hit three half-centuries without a single hundred to his name.

The 30-year-old made his international bow in the T20I series against England in India. While he didn't get to bat in his first match (2nd T20I) and was dropped for the third match of the series. He came back with a bang, scoring a brilliant 57 in the fourth game and followed it with a fluent 32 in the fifth and final T20I.

Suryakumar has been a revelation for Mumbai Indians in the past three seasons. Last year, he amassed 480 runs in 16 matches at an average of 40 with four half-centuries to his name. Also, he got his runs at an impressive strike rate of 145.01. In the 2019 season, Suryakumar scored a total of 424 runs while his best IPL return came in the 2017 season when he scored 512 runs in 14 matches.

The newest addition to the husbands' club in the Indian cricket team, Bumrah has been out of action since the second Test against England. A fresh and well-rested Bumrah could spell doom for the opposition, and Mumbai Indians will be banking on him to take the bulk of the wickets.

The pacer was at his menacing best in the UAE, taking 27 wickets in total as Mumbai Indians romped to a record-extending fifth title. He was second only to Delhi Capitals' Kagiso Rabada who bagged 30 wickets. The 2020 season was Bumrah's best in IPL. Besides the wickets, the 27-year-old boasted an economy rate of 6.73.

Jasprit Bumrah IPL 2021 Cricket
Get the latest updates on IPL Auction 2023 and check out  IPL 2023 and Live Cricket Score. Like us on Facebook or follow us on Twitter for more sports updates. You can also download the NDTV Cricket app for Android or iOS.