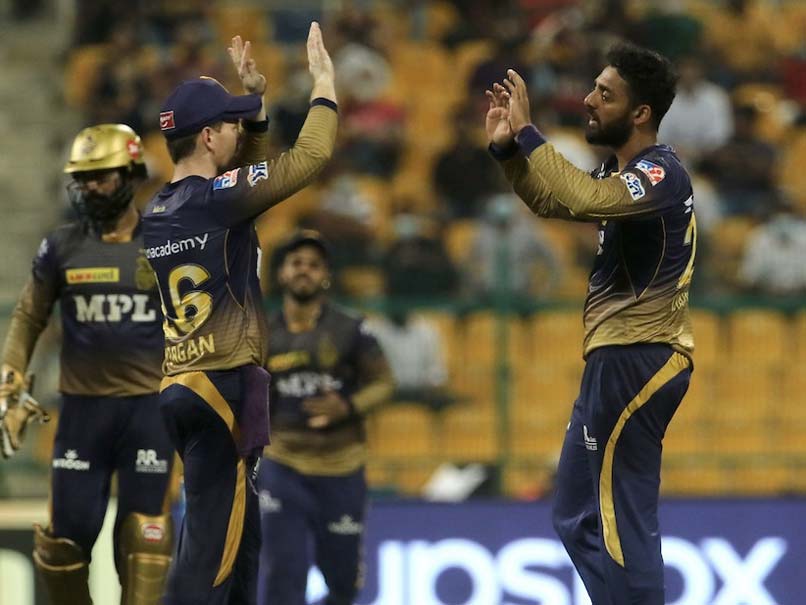 KKR vs RCB: Varun Chakravarthy put a stellar show with his figures of 3/13 vs RCB.© BCCI/IPL

Kolkata Knight Riders (KKR) registered a comfortable 9-wicket win over Royal Challengers Bangalore (RCB) in their first match of the UAE-leg of the Indian Premier League (IPL) 2021. With this win, KKR rose to the fifth spot in the points table with three wins and six points off their 8 games this season. RCB are still at third place in the points tally and looking good to qualify this year with six more games in their hand. Varun Chakravarthy and Andre Russell were the stars from Eoin Morgan-led KKR side with their 3 wickets ineach that helped their side to restrict batting heavy RCB to a total of 92 runs in the first innings. Later Shubman Gill and debutant Venkatesh Iyer who came in to open for KKR started dominating the chase right from the first over. (SCORECARD)

Virat Kohli IPL 2021 Kolkata Knight Riders vs Royal Challengers Bangalore, Match 31 Cricket Live Score Live Cricket Score Live Blogs
Get the latest updates on ICC T20 Worldcup 2022 and CWG 2022 check out the Schedule, Live Score and Medals Tally. Like us on Facebook or follow us on Twitter for more sports updates. You can also download the NDTV Cricket app for Android or iOS.