IPL 2021, KKR vs RR: Shakib Al Hasan will be hoping to be given an extended run after having featured recently due to the injury of Andre Russell. 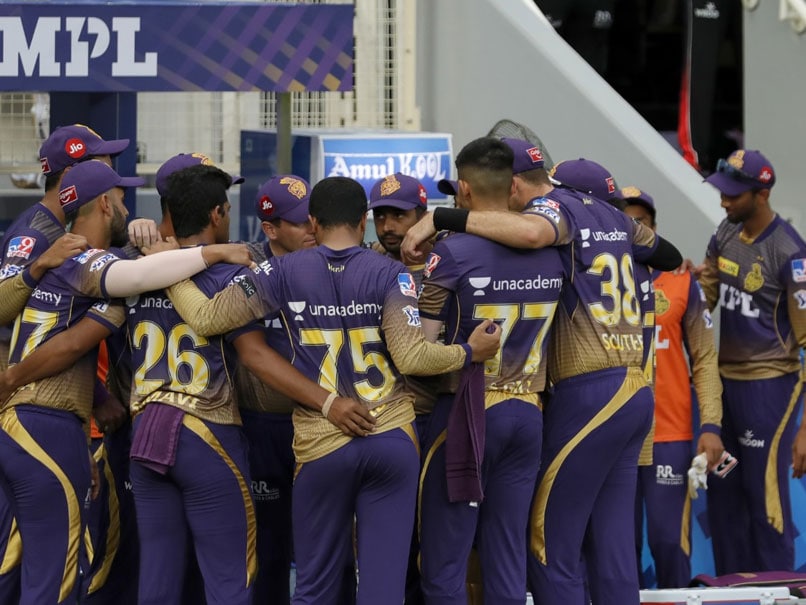 Kolkata Knight Riders are looking to book their place in the IPL 2021 playoffs.© IPL

Kolkata Knight Riders (KKR) will be aiming to seal a win against Rajasthan Royals (RR) in Match 54 of the ongoing Indian Premier League (IPL) 2021 season, in Sharjah on Thursday. In what is their last fixture of the IPL 2021 league phase, KKR will also need to seal a win to make sure that they qualify for the playoffs. The Eoin Morgan-led side is currently fourth in the standings with 12 points from 13 games. Mumbai Indians (MI) are in fifth position with 12 points from 13 matches, but have a lower net run-rate.

KKR and RR last faced each other in Match 18, when the Sanju Samson-led side won by six wickets. Chasing a target of 134, Rajasthan scored 134 for four in 18.5 overs, with Samson hitting an unbeaten knock of 42 runs off 41 balls.

Here are the players who are likely to feature for KKR against RR:

Shubman Gill: Shubman Gill smashed 57 off 51 balls as KKR defeated SunRisers Hyderabad (SRH) in their previous fixture. The young opener was a crucial figure in the chase and is KKR's first-choice in the batting order.

Venkatesh Iyer:The all-rounder has been a revelation in UAE and his opening partnership with Gill has been one of the factors for KKR's late comeback this season.

Rahul Tripathi:Rahul Tripathi is his side's highest run-scorer this season with 356 from 13 games. His team will be relying on him to add more runs to the scoreboard.

Nitish Rana: KKR's second-highest run-scorer this season, Nitish Rana has scored 335 in 13 matches. Just like Tripathi, his value to KKR is highly underrated.

Dinesh Karthik: Dinesh Karthik has been out of sorts this season and has had to rely on the performances of Gill, Iyer, Tripathi and others. The veteran will be hoping to improve his form.

Eoin Morgan: Eoin Morgan hasn't really justified his role as KKR skipper yet and has only been able to muster 11 runs in 13 games for KKR which is a rather paltry return for someone of his caliber.

Shakib Al Hasan: Shakib Al Hasan featured instead of the injured Andre Russell in the previous game and could be included once again. The Bangladesh all-rounder brings more balance and calmness to KKR.

Sunil Narine:Sunil Narine has taken 10 wickets this season, in 10 matches. Other than his bowling, he is also crucial with the bat for KKR.

Prasidh Krishna:Prasidh Krishna didn't feature in the previous game and was replaced by Shivam Mavi. Krishna is expected to be brought back by Morgan into the playing XI.

Tim Southee: Tim Southee played against SRH and took two wickets in four overs, conceding 26 runs. He will be hoping to build on his fine form.

Kolkata Knight Riders Cricket
Get the latest updates on ICC Women's Cricket World Cup 2022 and IPL 2022, check out the Schedule , Live Score and IPL Points Table. Like us on Facebook or follow us on Twitter for more sports updates. You can also download the NDTV Cricket app for Android or iOS.