IPL 2021: SunRisers Hyderabad Could Bid For These Players At Auction

IPL 2021 Auction: SunRisers Hyderabad will go into the player auction with a purse of 10.75 crore and they might look to add more depth to their settled squad. 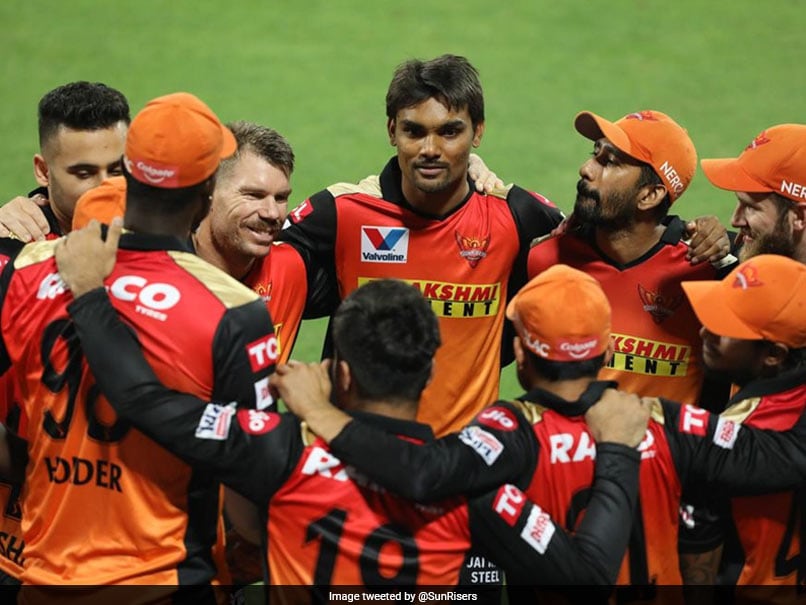 SunRisers Hyderabad (SRH) managed to reach the play-offs in last year's Indian Premier League (IPL) and ahead of the players auction 2021, they have retained their core set of players. Out of all the eight franchises, SRH released the least number of individuals -- five. Australian pacer Billy Stanlake and West Indies all-rounder Fabian Allen were among the five players who were released by SRH ahead of the player auction, scheduled to be held in Chennai on February 18. SRH will look to fill their remaining three slots with a purse of 10.75 crore. The Hyderabad-based franchise almost have all basis covered and they will look to add more depth to their settled squad ahead of the 14th edition of the franchise-based Twenty20 tournament.

Here's a look at the players whom SRH might target at the auction:

SRH skipper David Warner and Jonny Bairstow are likely to continue at the top of the order. They also have the likes of Wriddhiman Saha and Kane Williamson who can start the innings in case of any injuries. The 2016 IPL champions are unlikely to bid for any openers.

The likes of Williamson, Manish Pandey and Vijay Shankar provide balance to SRH's middle-order. Mitchell Marsh, who missed major part of last season due to injury, impressed one and all in the Big Bash League earlier this year and will look to continue his good showing in the IPL.

SRH might look to rope in Kerala's wicketkeeper-batsman Mohammed Azharudeen to take on the bowlers in the middle overs. Azharudeen became the talk of the town after he smashed a 37-ball century in Syed Mushtaq Ali.

World No. 1 T20I bowler Rashid Khan will lead the spin department for SRH. Rashid will also have Shahbaz Nadeem to partner him if SRH want to go with two spinners. However, to strengthen their batting, Hyderabad might look to rope in Pawan Negi, who can bowl left-arm spin and can hit a long ball, if needed towards the end of the innings.

T. Natarajan and Sandeep Sharma were the standout performers with the ball for SRH last season in the absence of Bhuvneshwar Kumar. Bhuvneshwar is fit and will be expected to lead a young Hyderabad pace attack in the upcoming edition of the IPL. SRH also have the likes of Khaleel Ahmed, Siddharth Kaul and Jason Holder to come in the XI in case of an injury.

Jason Holder IPL 2021 Cricket IPL Auction 2021
Get the latest updates on ICC T20 Worldcup 2022 and CWG 2022 check out the Schedule, Live Score and Medals Tally. Like us on Facebook or follow us on Twitter for more sports updates. You can also download the NDTV Cricket app for Android or iOS.