IPL 2021, RR vs RCB: Riyan Parag sent Virat Kohli back to the pavilion with a brilliant run out on Wednesday. 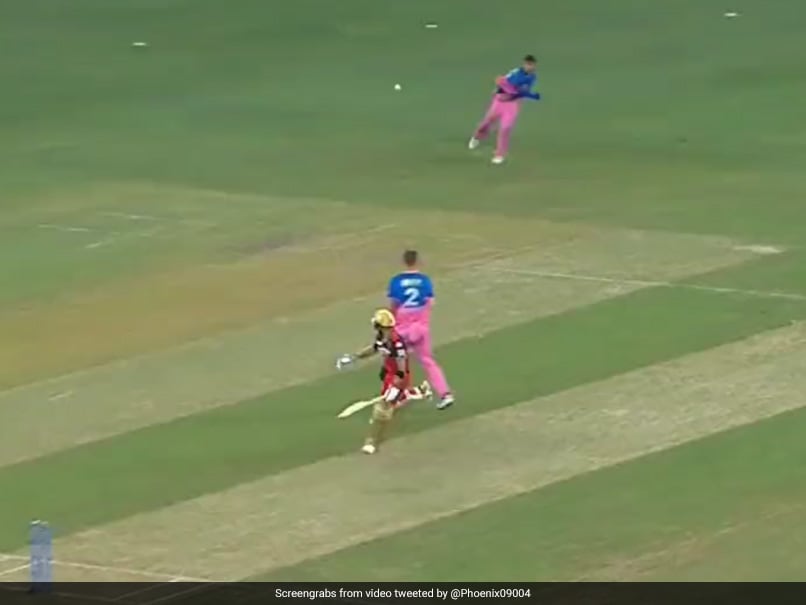 Despite a poor run of batting form, Riyan Parag showcased his strong fielding skills during Rajasthan Royals' (RR) recent defeat against Royal Challengers Bangalore (RCB) in Dubai. The 19-year-old sent Virat Kohli back to the pavilion on Wednesday with a brilliant run out. The incident occurred in the seventh over, when RCB were chasing a target of 150 runs. The RCB skipper tried to steal a run after the ball slipped past a diving Parag, who was at point. The all-rounder got up within a split second and threw the ball towards the non-striker's end and hit the stumps directly with Kohli unable to reach the crease on time.

Here is a video of Parag's brilliant effort:

The youngster is currently facing a lot of criticism due to his poor form in IPL 2021. In 11 matches for RR, he has scored only 93 runs. He has also taken only one wicket throughout this season with his part-time spin.

Rajasthan have lost their last three IPL games and are currently seventh in the league standings with eight points from 11 fixtures.

The Sanju Samson-led side has only won four matches and lost seven.

For their upcoming match, RR face Chennai Super Kings (CSK) on Saturday and will be aiming to end their losing streak. CSK have been in top form this season and currently on top of the table with 16 points. They have won eight games and lost two. The MS Dhoni-led franchise hasn't lost a fixture in UAE yet.

Virat Kohli IPL 2021 Rajasthan Royals vs Royal Challengers Bangalore, Match 43 Cricket
Get the latest updates on Fifa Worldcup 2022 and check out  Fifa World Cup Schedule, Stats and Live Cricket Score. Like us on Facebook or follow us on Twitter for more sports updates. You can also download the NDTV Cricket app for Android or iOS.