IPL 2021 Qualifier 2, Kolkata Knight Riders vs Delhi Capitals: The Big Battles To Look Out For

IPL 2021, Qoualifier 2, KKR vs DC: Both teams have some impact players in their side who have the ability to change the course of the match. It will interesting to witness these battles. 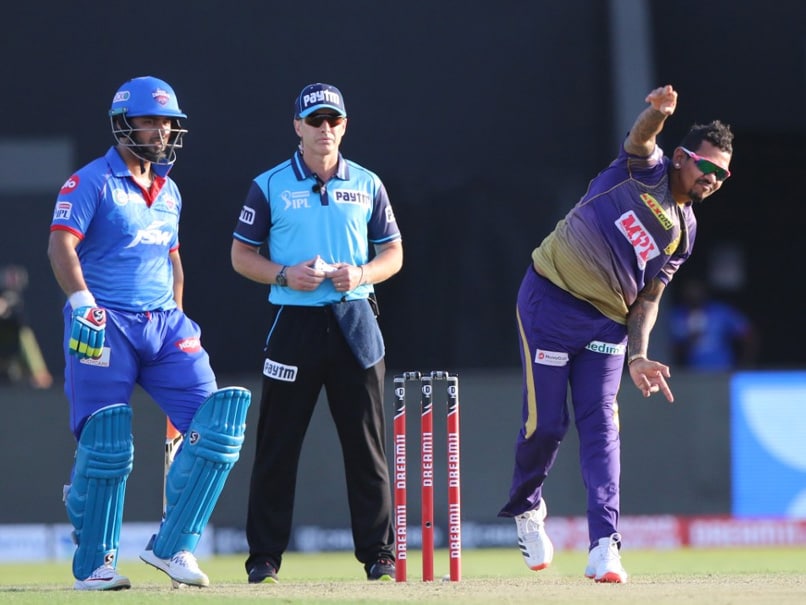 Kolkata Knight Riders (KKR) face Delhi Capitals (DC) in Qualifier 2 of the ongoing Indian Premier League (IPL) 2021 season, at the Sharjah Cricket Stadium in Sharjah on Wednesday. KKR defeated Royal Challengers Bangalore (RCB) in the Eliminator on Monday to progress to Qualifier 2. Sunil Narine was his side's star player, taking four wickets and playing a crucial knock of 26 off 15 balls. The West Indies cricketer could once again be pivotal to his side against DC due to his power-hitting abilities, considering KKR could be without Andre Russell. Russell missed the Eliminator against RCB due to fitness issues. Meanwhile, Venkatesh Iyer is another all-rounder who has been a revelation for KKR in UAE and he will be aiming to once again form a strong opening partnership with young Shubman Gill. Delhi finished on top of the IPL 2021 Points Table during the league phase and Rishabh Pant will be hoping that star pacer Kagiso Rabada finds his form against Kolkata. The South African cricketer has not taken a wicket in his last four outings. DC lost to Chennai Super Kings (CSK) in Qualifier 1 by four wickets and will be attempting to make the most of their second chance to book a berth in the final. The Rishabh Pant-led franchise has been in fantastic form this season with bowler Avesh Khan placed second in the Purple Cap race. The 24-year-old has taken 23 wickets in five games this season. Opener Shikhar Dhawan has also been in terrific form for DC this season, and is third in the Orange Cap race. The batsman has scored 551 runs in 15 fixtures.

Ashwin hasn't been at his best this season, managing to take only five wickets in 12 games. He will be key for his side, when up against the left-handed duo of Rana and Morgan. Meanwhile, Rana has been vital to KKR's batting unit and has scored 370 runs in 15 matches. He will be hoping to get the better of Ashwin and add more runs to his season tally. Despite his role as team captain, Morgan has been in disappointing batting form in IPL 2021, scoring only 128 runs in 15 games. Ashwin's battle with KKR's middle order will be crucial.

In good form lately, Nortje could be Pant's go-to bowler against KKR. The South African pacer has taken 10 wickets in seven games this season. Meanwhile, Gill's opening partnership with Iyer has been an important weapon for KKR in UAE. The youngster has slammed 381 runs in 15 fixtures and is his side's second-highest run-scorer. His battle against Nortje will be a treat to watch for cricket fans.

Narine's talismanic display against RCB in the Eliminator is enough to make him a key player for KKR in the Eliminator. He will be aiming to repeat similar heroics again and will also be a key bowler to face Pant. The Delhi captain has proved his leadership credentials this season and his captaincy has really helped his team to flourish. In terms of batting, Pant has scored 413 runs in 15 matches in IPL 2021. Whether Pant can get the big shots away against Narine could be a deciding factor in the middle overs.

One of the best bowlers this season, Chakravarthy is his side's highest wicket-taker also with 16 dismissals in 15 games. The spinner will be aiming to use his wizardry to its highest potential against DC, especially against their opening pair of Shaw and Dhawan if he gets to bowl in the powerplay. Dhawan will be hoping to anchor his side's innings and if he is allowed to do so, it could be the difference between winning and losing.

Boasting exceptional figures this season, Ferguson has taken 12 wickets in six games for KKR. The New Zealand cricketer could face Hetmyer in the death overs. This battle could be crucial for both teams.

Delhi Capitals Cricket
Get the latest updates on T20 World Cup, check out the T20 World Cup Schedule and Live Score . Like us on Facebook or follow us on Twitter for more sports updates. You can also download the NDTV Cricket app for Android or iOS.