IPL 2021: Nathan Ellis was signed by Punjab Kings for the UAE leg of Indian Premier League 2021. 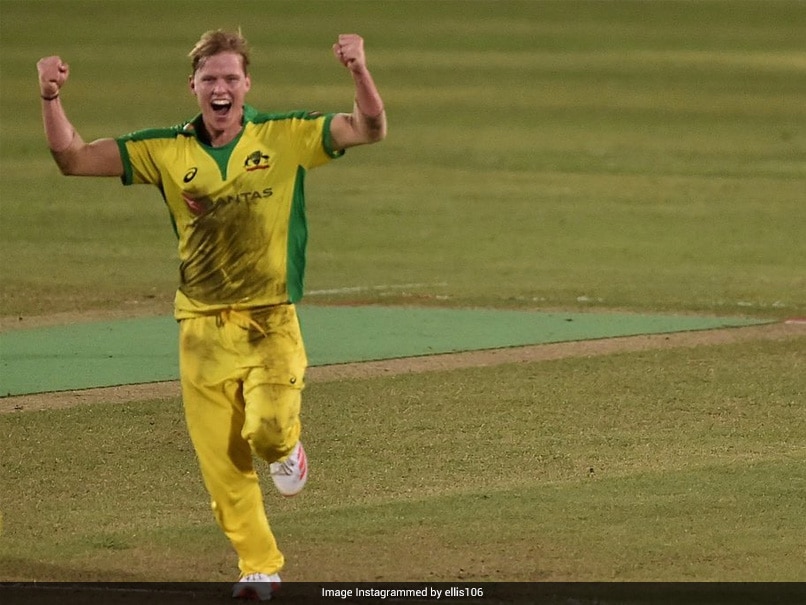 Nathan Ellis made his T20I debut on August 6 against Bangladesh.© Instagram

Punjab Kings (PBKS) have signed Australian cricketer Nathan Ellis for the remainder of Indian Premier League (IPL) 2021. The announcement comes after Australians Jhye Richardson and Riley Meredith got ruled out of the tournament that's set to resume on September 19. Ellis made his debut for Australia in August 2021 and became the first men's cricketer to take a hat-trick on his debut in a T20I match. The Punjab franchise announced the news on Twitter and said: "Nathan ELL-IS a He's the newest addition to #SaddaSquad for the second phase of #IPL2021! #SaddaPunjab #PunjabKings".

With his sudden rise, Ellis was named as one of three players as injury cover in Australia's squad for the upcoming T20 World Cup.

Ellis made his T20I debut on August 6 against Bangladesh. Beside his debut hat-trick, he also became the third Australian to achieve a hat-trick in a T20Is after Brett Lee and Ashton Agar.

The youngster was selected in the Australian team after a good Big Bash League campaign last year where he registered 20 wickets for Hobart Hurricanes.

IPL 2021 was postponed in May this year after several COVID-19 cases among players and staff across teams.

The tournament was moved from India to the UAE and will resume with Mumbai Indians taking on Chennai Super Kings in Dubai.

Punjab Kings IPL 2021 Cricket
Get the latest updates on Fifa Worldcup 2022 and check out  Fifa World Cup Schedule, Stats and Live Cricket Score. Like us on Facebook or follow us on Twitter for more sports updates. You can also download the NDTV Cricket app for Android or iOS.