IPL 2021, PBKS vs RR: Despite their loss to Rajasthan Royals, Punjab Kings had plenty of positives to take, including a stunning diving catch by Fabian Allen. 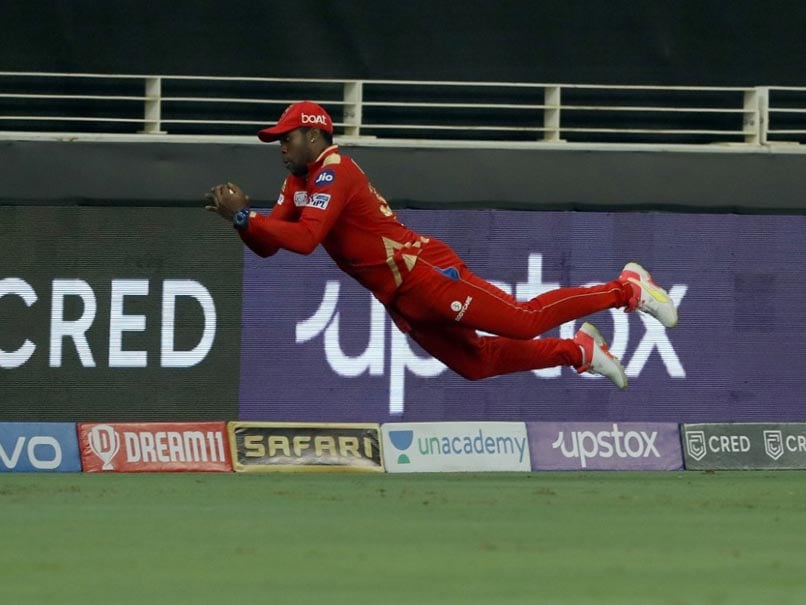 Fabian Allen took an outstanding catch in the deep to dismiss Liam Livingstone on Tuesday.© BCCI/IPL

Rajasthan Royals (RR) sealed a thrilling final over win against Punjab Kings (PBKS) in Match 32 of the Indian Premier League (IPL) 2021 season on Tuesday at the Dubai International Stadium. Despite the defeat, Punjab had plenty of positives to reflect on including some brilliant batting by KL Rahul and Mayank Agarwal. One moment which stood out from the rest was Fabian Allen's brilliant catch to dismiss Liam Livingstone. Punjab initially won the toss and elected to bowl first, with Rajasthan adding multiple boundaries to the scoreboard.

In the 12th over of RR's innings, Arshdeep Singh sent a teasing delivery to a confident-looking Liam Livingstone, who tried to clear the boundary ropes in deep midwicket. But Allen had other plans, putting in a stunning full-length dive to catch the ball and to send Livingstone back to the pavilion.

PBKS initially won the toss and elected to bowl. Rajasthan openers Evin Lewis and Yashasvi Jaiswal gave their side a brilliant start, slamming 36 and 49 runs respectively.

Hoping to seal a win, PBKS faltered in the 20th over against RR, with Kartik Tyagi dismissing Nicholas Pooran and Deepak Hooda. A thrilling final over saw RR seal a win by two runs.

Fabian Allen IPL 2021 Cricket
Get the latest updates on IPL Auction 2023 and check out  IPL 2023 and Live Cricket Score. Like us on Facebook or follow us on Twitter for more sports updates. You can also download the NDTV Cricket app for Android or iOS.