IPL 2021: Adding insult to injury, rival fans brutally trolled RCB after their nine-wicket drubbing at the hands of KKR on Tuesday. 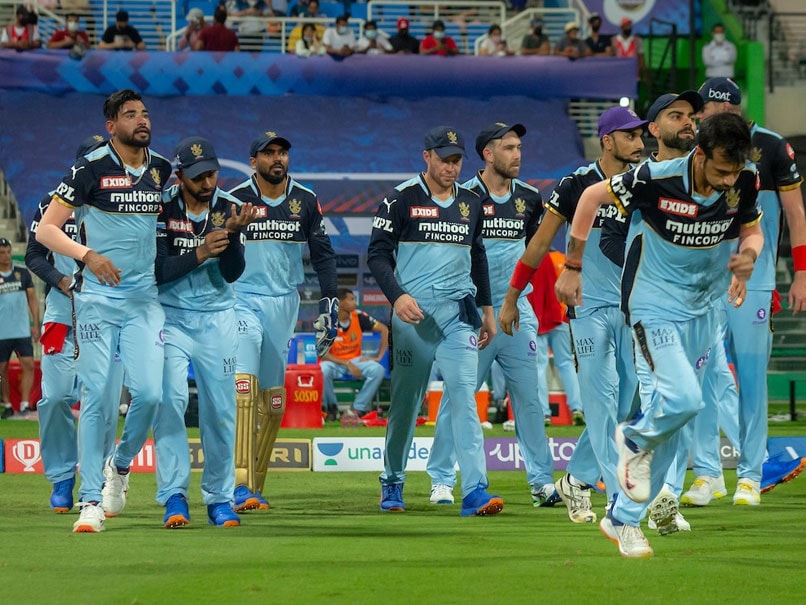 IPL 2021: RCB lost by nine wickets to KKR in their first match of the UAE leg.© BCCI/IPL

Royal Challengers Bangalore had a nightmare outing in their first match of the UAE leg in the Indian Premier League (IPL) 2021 season. Virat Kohli's team were handed a nine-wicket thrashing by Kolkata Knight Riders at the Zayed Cricket Stadium in Abu Dhabi on Monday. The defeat was made worse by the fact that KKR chased down the paltry target of 93 in just 10 overs, severely denting RCB's net run-rate, which could come back to haunt them later on in the tournament. Fans on Twitter added insult to injury for RCB by posting some hilarious memes.

We tried to pick the funniest ones. Check them out here:

RCB fans who saved all their data for today's match :#RCBvsKKR pic.twitter.com/S4dVtoC9DN

RCB may have lost the match but Kylie Jamieson won something pic.twitter.com/DvEqucPvCu

Before Monday's drubbing, RCB had a chance to go level on points with the top two teams in the IPL points table -- Chennai Super Kings and Delhi Capitals. But the nine-wicket loss means that they have now lost three of their eight matches and remain in third position on 10 points.

But more importantly, KKR chasing down the target in 10 overs means RCB now have the worst net run-rate in the league (-0.706), worse than even bottom-placed SunRisers Hyderabad.

Except from winning the toss nothing went right for RCB. After opting to bat, RCB lost captain Virat Kohli in the second over. Devdutt Padikkal and Srikar Bharat steadied the ship for a while with the team going well at 41 for in 5.5 overs.

But as soon as the powerplay ended, RCB's downward spiral began. AB de Villiers has bailed the team out of difficult situations numerous times but this time the South African was sent packing for a first ball duck.

Others didn't fare much better as seven RCB players failed to get into double figures, with the team bowled out for 92 in 10 overs.

KKR cantered to victory in the chase with openers Shubman Gill (48 off 34 balls) and Venkatesh Iyer (41 not out) adding 82 runs for the first wicket.

Virat Kohli Kolkata Knight Riders vs Royal Challengers Bangalore, Match 31 IPL 2021 Cricket
Get the latest updates on T20 World Cup, check out the T20 World Cup Schedule and Live Score . Like us on Facebook or follow us on Twitter for more sports updates. You can also download the NDTV Cricket app for Android or iOS.