Watch: Kartik Tyagi "Can't Believe It" After His Final Over Heroics In RR's Win vs PBKS

IPL 2021: Kartik Tyagi was visibly stunned after helping his Rajasthan Royals (RR) seal a final over victory against Punjab Kings (PBKS) on Tuesday. 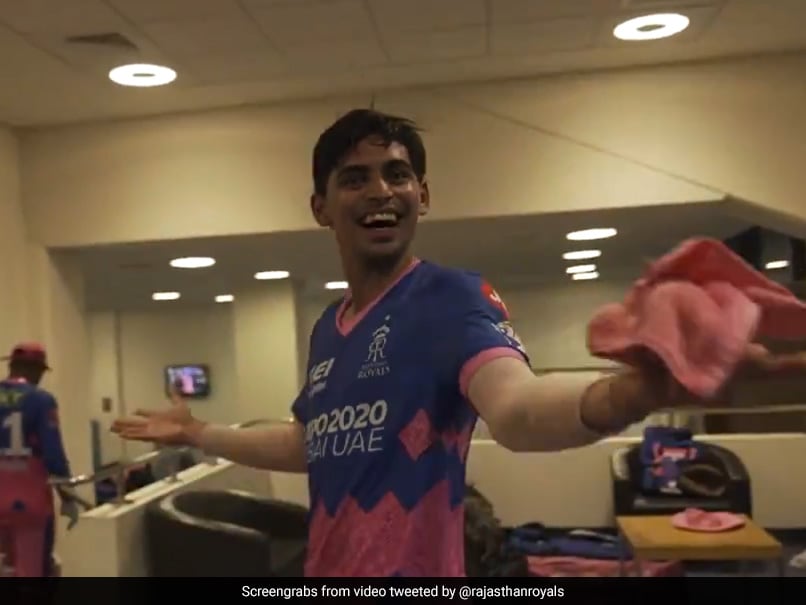 Kartik Tyagi was overjoyed after his final over heroics against Punjab Kings.© Twitter

After helping Rajasthan Royals (RR) seal a thrilling final over win against Punjab Kings (PBKS) in Match 32 on Tuesday, Kartik Tyagi was in a state of shock and took some time to digest his heroics in the 20th over. PBKS were cruising towards a win while chasing the target of 186 but were stopped in their tracks by Tyagi's heroics. The young paceman took two wickets and gave away just a run to win the match for Rajasthan. RR took to social media to post a video blog of their post-match dressing room talk, where the 20-year-old can be heard saying, "I can't believe it".

Tyagi was in great spirits and showed some ready wit as he indulged in some banter with the cameraperson. "Stop, stop, stop. I can't believe it. Now you will take my photos, otherwise you never take. They never take my photos. Today, they will take it," Tyagi said.

The pacer took two wickets and conceded 29 runs in four overs and was also adjudged Player of the Match. In the final over, he picked up the wickets of Nicholas Pooran and Deepak Hooda.

Pooran looked set to finish off the game for Punjab, but Tyagi had other plans and sent him packing. The West Indies international scored 32 off 22 balls.

After the win, RR climbed to the fifth spot in the IPL 2021 points table with eight points from eight games. RR take on Delhi Capitals (DC) in their next match on Saturday.

Punjab Kings Kartik Tyagi IPL 2021 Cricket
Get the latest updates on IPL Auction 2023 and check out  IPL 2023 and Live Cricket Score. Like us on Facebook or follow us on Twitter for more sports updates. You can also download the NDTV Cricket app for Android or iOS.