IPL 2021 has reached its final stages and it will be MS Dhoni's Chennai Super Kings taking on Eoin Morgan-led Kolkata Knight Riders in the final. 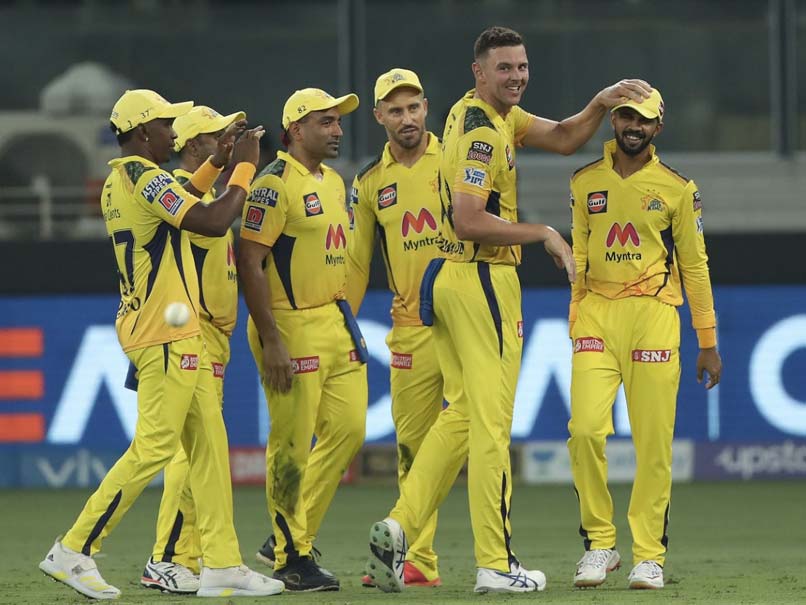 Chennai Super Kings will be looking to clinch their fourth IPL title on Friday.© IPL

The Indian Premier League (IPL) 2021 has reached its final stages and it will be MS Dhoni's Chennai Super Kings taking on Eoin Morgan-led Kolkata Knight Riders in the final at the Dubai International Stadium on Friday. CSK won the first Qualifier against Delhi Capitals by four wickets to become the first finalist while KKR got the better of Virat Kohli's Royal Challengers Bangalore in the Eliminator and then beat Delhi Capitals in a nail-biter of a contest to enter their third IPL final. CSK are eyeing their fourth title while KKR will look to ride on their unbeaten run in IPL finals to claim their third title. The Kolkata-based franchise enjoy a 100 per cent record in summit clashes of the T20 league. They won the trophy in 2012 and 2014, under the captaincy of Gautam Gambhir.

The summit clash might come down to be a contest between CSK's batters and KKR's bowlers. KKR have been impressive in the UAE-leg of the tournament thanks to their bowlers. The likes of Varun Chakaravarthy, Sunil Narine and Lockie Ferguson have made life difficult for batters on slow and sluggish pitches in the UAE, but the pitch at Dubai will be a better batting track than the one in Sharjah, where KKR won both their knockout games.

For CSK, Ruturaj Gaikwad and Faf du Plessis have been in terrific form while Robin Uthappa and Ambati Rayudu have also chipped in with the bat in crunch situations. Ravindra Jadeja has scored useful runs in the death overs while Dhoni himself showed glimpses of his old destructive self in the Qualifier 1 against DC. In the first Qualifier, CSK were in trouble, needing 13 to win, but their skipper MS Dhoni turned the clock back to hit Tom Curran for three boundaries in the final over as they chased down the 173-run target with two balls to spare.

KKR will depend on their top three - Shubman Gill, Venkatesh Iyer and Rahul Tripathi - for a solid start but the young Indian trio will have its job cut out against the accuracy of the likes of Deepak Chahar and Josh Hazlewood. Shardul Thakur has the knack of picking up crucial wickets for CSK, while Dwayne Bravo will be in charge of keeping the likes of Dinesh Karthik and Sunil Narine quiet in the death overs.

KKR looked down and out after the first-half of the IPL 2021 but they won five games in the UAE-leg to reach the playoffs. On the other hand, CSK started from where they left in India and dominated their opponents to become the first team to qualify for playoffs in this year's IPL.

It will be the ninth IPL final for three-time champions CSK while KKR will take the field in their third summit clash. Cricket fans will be hoping to see a high-scoring clash after two back-to-back low-scoring encounters.

Eoin Morgan Cricket
Get the latest updates on SA vs IND 2021-22, check out the Schedule and Live Score . Like us on Facebook or follow us on Twitter for more sports updates. You can also download the NDTV Cricket app for Android or iOS.