IPL 2021, DC vs CSK: Celebrating their win against Chennai Super Kings, Delhi Capitals took to social media to share a video of the ecstatic scenes in the dressing room. 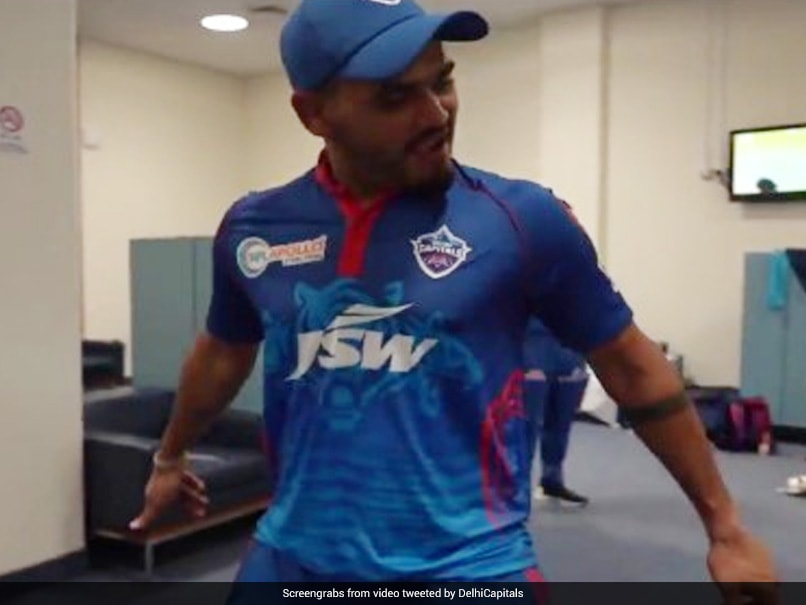 Delhi Capitals (DC) sealed a thrilling win against Chennai Super Kings (CSK) in Match 50 of the ongoing Indian Premier League (IPL) 2021 season, in Dubai on Monday. South African pacer Kagiso Rabada hit the winning boundary as DC won by three wickets with two balls to spare. The victory also sent Delhi to top of the table, with Chennai going down to second position. After the match, the Delhi players were ecstatic and celebrated enthusiastically in their dressing room. Ripal Patel, who made his debut in the game, also emulated Cristiano Ronaldo's trademark "Siu" celebration. Here is the video of DC players celebrating in their dressing room:

Chasing a target of 137 runs, Delhi reached 139 for seven in 19.4 overs with Shimron Hetmyer smashing an unbeaten 28 off 18 balls. The West Indies batsman received plenty of plaudits for his performance and also revealed after the game that it was his job to finish for Delhi.

Speaking to the host broadcaster Star Sports, he said, "Very important for me to finish games. I tell the guys that is what I am paid for, and I try to finish as many games as possible. I thought I was out (on his dropped catch), and the guy missed it and I was thankful."

Initially, Chennai posted 136 for five in 20 overs. Ambati Rayudu was the star of the innings, registering a half-century and remained unbeaten (55 off 42 balls). Axar Patel was Delhi's best bowler, taking two wickets in four overs and conceding only 18 runs.

Chennai Super Kings Ripal Patel IPL 2021 Delhi Capitals vs Chennai Super Kings, Match 50 Cricket
Get the latest updates on ICC T20 Worldcup 2022, check out the Schedule and Live Score. Like us on Facebook or follow us on Twitter for more sports updates. You can also download the NDTV Cricket app for Android or iOS.