IPL 2021: Yuzvendra Chahal and Mohammed Siraj, who were part of the India ODI squad for the series against England, joined the RCB camp ahead of the new season. 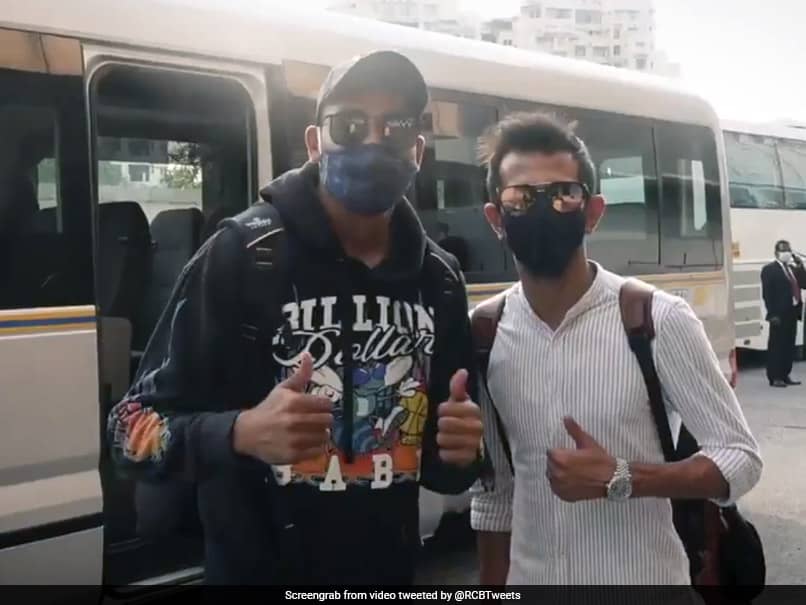 In times of a pandemic and bio-secure bubbles, you can't afford to be mentally worn thin. Players of the India and England cricket teams, within just a day of finishing their high-octane ODI series, had to join their respective franchises for the upcoming Indian Premier League (IPL) that begins on April 9. And moving from one bio-bubble to another can be quite the challenge, says Mohammed Siraj who joined the Royal Challengers Bangalore (RCB) camp with teammate Yuzvendra Chahal.

Teaming the mandatory PPE kits with a stylish pair of goggles, the Indian duo headed left Pune, "having the entire aircraft for themselves".

While they were largely alone in the flight, a red PPE suit would have been more fun, Siraj quipped in a video shared on the official Twitter handle of the RCB.

The clip shows the players resting and enjoying the hospitality, with Chahal, who was travelling with his wife, even sneaking in a quick nap.

Yuzvendra Chahal and Mohammed Siraj joined the RCB camp ahead of Vivo IPL 2021. On @myntra presents Bold Diaries, we show you how the RCB crew enjoyed having the entire aircraft for themselves.#PlayBold #WeAreChallengers #IPL2021 pic.twitter.com/WKfe4157f8

Comparing the bubble-to-bubble transfer to a "mission" of sorts, Siraj said they'd only know by evening how hard the mission was and whether they were successful. He went on to add, "safety first", referring to the PPE suit.

So, why was Bairstow on the same flight? Because in times of COVID-19, flight-pooling seemed to be the safest option, considering both the Indian and England teams were staying in the same bubble during the series that ended on Sunday.

In the opening match of the IPL, RCB take on Mumbai Indians (MI) in Chennai. The match starts at 7.30 pm. SunRisers Hyderabad, on the other hand, open their campaign on April 11, when they take on Kolkata Knight Riders (KKR).

Yuzvendra Chahal Mohammed Siraj Cricket
Get the latest updates on IPL 2021, IPL Points Table , IPL Schedule 2021 , live score . Like us on Facebook or follow us on Twitter for more sports updates. You can also download the NDTV Cricket app for Android or iOS.