IPL 2021: Ashish Nehra Rates This RCB Pacer Ahead Of Jasprit Bumrah In Terms of Skills

IPL 2021: Ashish Nehra said that when it comes to skills, one of Jasprit Bumrah's India teammates is ahead of the Mumbai Indians pacer. 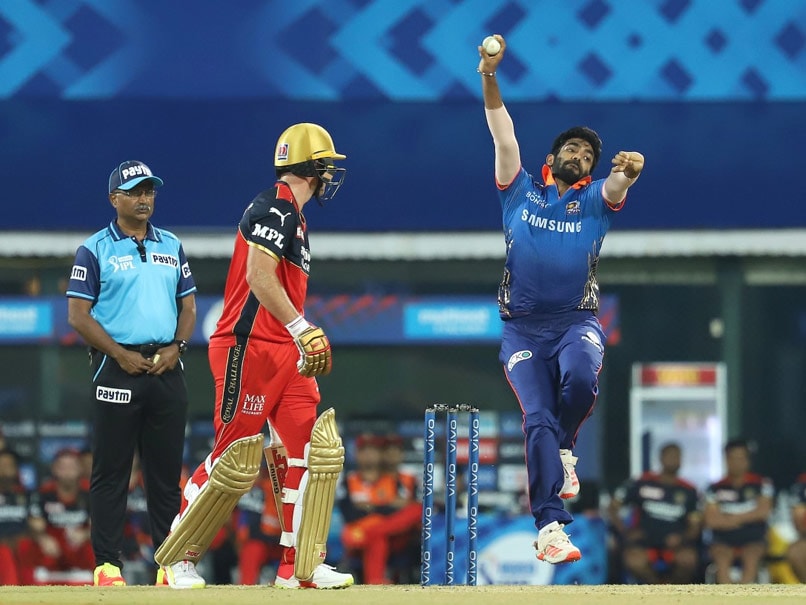 IPL 2021: Jasprit Bumrah is considered to be one of the best fast bowlers in the world right now.© BCCI/IPL

India and Mumbai Indians fast bowler Jasprit Bumrah is currently considered as one of the best pacers in the world across all formats. However, former India pacer Ashish Nehra feels that India have another bowler who, in terms of skills, is as good as if not better than Bumrah. Speaking to Cricbuzz, Nehra said that Royal Challengers Bangalore pacer Mohammed Siraj is better than Bumrah in terms of skills, as he has more variations in his arsenal, and it is now up to him to work on his fitness and game awareness.

"When you talk about skill, this has been my thinking in the last three-fours years. When it comes to bowlers, everyone talks about Jasprit Bumrah being right up there. I don't think Siraj is behind Bumrah, when you are talking about skills," Nehra said.

"Going forward, how successful he will be is something to be seen," he added.

"There was talk about a couple of years ago that he used to pick up 5-6 wickets in every match for India A with the red ball, and I've always believed that a good red-ball bowler, a Test match bowler, will always have a greater chance of being a good white-ball bowler,"  the former India pacer said.

"There are some bowlers whom you include only for T20s, for white-ball matches. So I think Siraj is a very good all-format bowler. There is no shortage of skill, he has all type of variations. I would in fact say that skill wise, he is even ahead of Bumrah, if you talk of variations," Nehra said.

"He has a different slower one, he doesn't lack pace, he can move the new ball. He needs to keep his fitness and sharpen his mind. If he can do these two things well, sky is the limit," Nehra concluded.

Siraj made his Test debut for India during the tour of Australia, and ended up leading the attack by the time the fourth and final Test came around. He took his maiden Test five-wicket haul as well in the fourth Test at the Gabba as India registered a famous victory.

He has had an impressive start to this year's IPL as well, as RCB have gotten off to a flyer, winning all four of their matches so far.

He bowled a brilliant 19th over to Andre Russell to concede just one run and seal the win against Kolkata Knight Riders, and then dismantled the Rajasthan Royals top order in the match after that.

He also registered his first three-wicket haul of the season against the Royals.

He has picked just five wickets in his four matches so far this season, but has an economy rate of 6.06 - a significant improvement from his IPL career economy of 8.74.

Jasprit Bumrah Cricket
Get the latest updates on SA vs IND 2021-22, check out the Schedule and Live Score . Like us on Facebook or follow us on Twitter for more sports updates. You can also download the NDTV Cricket app for Android or iOS.