RCB fans were left heartbroken after Virat Kohli announced that he will be stepping down as the team's captain after IPL 2021. 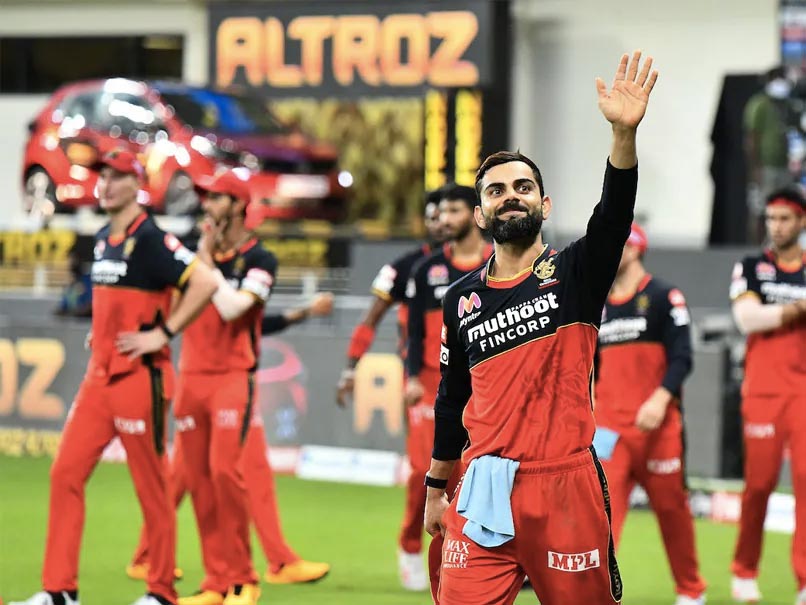 Virat Kohli will step down as RCB captain after the IPL 2021 ends.© BCCI/IPL

Having already announced that he will not be captaining India in Twenty20 Internationals (T20Is) after the T20 World Cup, Virat Kohli on Sunday night dropped another bombshell. The 32-year-old, in an emotional video shared by the franchise on their social media handles, said that he will be stepping down as captain of the Royal Challengers Bangalore after IPL 2021. Kohli, though, made it clear that he will continue to be "an RCB player till I play my last IPL game". Kohli's announcement sent shockwaves across the cricketing world.

Virat Kohli didn't make it about himself. He made it about giving his best for India and RCB till the end of his playing days. My respect for him just keeps growing.

Have only been here a short time but I thank you @imVkohli for all you have done for @RCBTweets as a fully committed leader and team man, your energy and passion is infectious.
I know the boys are fully committed to help send you out on a well deserved high skipper#PlayBold https://t.co/tBnYjAm5oT

And we'll continue to support you no matter what. https://t.co/4uUdaaQqdN

Good call by Virat. If he's not captaining India because of excessive workload, leading the franchise makes no sense. https://t.co/RrtZcyCnu2

RCB fans were left heartbroken by Kohli's announcement and took to Twitter to make their feelings known.

For all the memorable wins & the moments to cherish, we thank skipper @imVkohli with a heavy heart!!

When everything is breaking you and yet have belief its not called pain its called emotion #RCB #captaincy #ViratKohli pic.twitter.com/lohjmVp51x

Years Of Trolls & Abuses Despite Being The Leading Run Scorer of The Tournament, Almost 1000 Runs in a Single Season.
It's Time For 'One Last Dance'
We Are Always With You @imVkohli pic.twitter.com/9ra5T2YG7j

Don't knw How much Pressure this Man gone through for Years

We are with you, Stay strong champ @imVkohli #LoveYouVirat pic.twitter.com/JslmFyN5Xd

The smile behind the pain

"I will only play for RCB until my retirement from the game of cricket" -
#ViratKohli. pic.twitter.com/sxWMmQaoPk

"It has been a great and an inspiring journey, captaining a talented bunch of players in the RCB squad. I would like to take this opportunity to thank the RCB management, coaches, support staff, players, and the entire RCB family, who have been instrumental in the growth of the franchise over the years," Virat Kohli said in an official statement.

"It wasn't an easy decision but one that has been well thought of and in the best interest of this wonderful franchise. The RCB family remains close to my heart as we continue to strive to achieve excellence. As I have mentioned previously in many occasions, I will only play for RCB until my retirement from the game of cricket", he added.

RCB players will surely go all out in the remainder of the season to win the team's first title in what will be Virat Kohli's final season as captain of the franchise.

RCB are in a strong position in the IPL points table, having won five of their seven matches before the tournament was postponed.