Natasa Stankovic had a fun outing at the beach in Chennai and Hardik Pandya reacted to her gorgeous pictures. 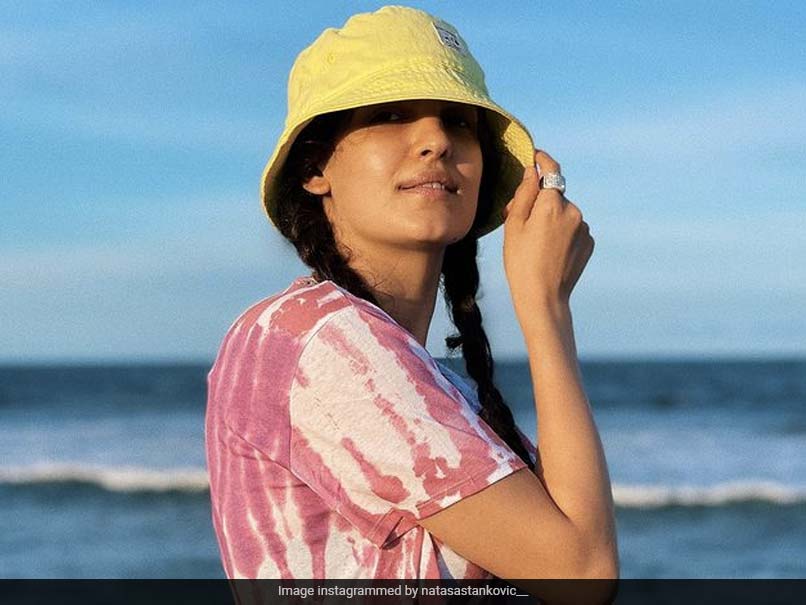 India all-rounder Hardik Pandya's partner Natasa Stankovic had a visit to the beach in Chennai on Friday, where the Mumbai Indians have their bio-bubble currently. The Serbian actor and model took to Instagram to share some gorgeous pictures, with the blue sea and sky behind her. "Stay wavy baby," she captioned her post. While the background itself is serene, it was obviously Natasa that Hardik could not get over. "Cutie," he wrote on her post, adding a smiley with hearts.

Natasa Stankovic also shared a video where she can be seen running around on the beach and playing in the water.

"Happiness comes in waves," she wrote in her caption.

The Mumbai Indians are in Chennai for their first five games of the ongoing Indian Premier League (IPL) 2021, after which they will travel to Delhi for their next set of matches.

The defending champions did not get off to the best of starts, losing the season-opener to Royal Challengers Bangalore by two wickets.

They were close to making it two defeats in as many matches against Kolkata Knight Riders, but a late collapse and some great death bowling saw them snatch an unlikely win and get off the mark in the points tally.

They are up against the winless SunRisers Hyderabad in their next game on Saturday.

Hardik Pandya is yet to make an impact for the five-time champions this season with the bat, and has not been given the ball yet.

However, he is a key part of their deep batting lineup and can devastate teams with his explosive knocks lower down the order.