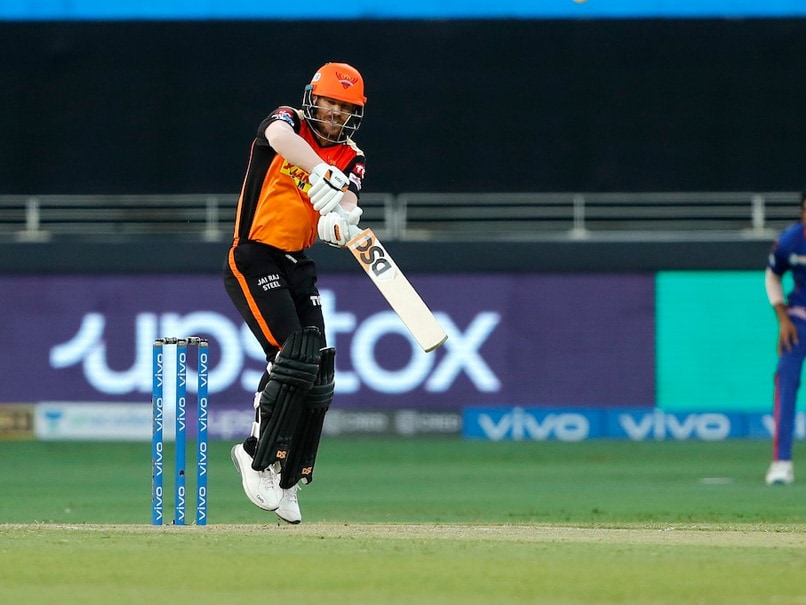 DC vs SRH: David Warner was dismissed by Anrich Nortje for a duck.© BCCI/IPL

With SunRisers Hyderabad (SRH)crashing to another defeat in the Indian Premier League (IPL) 2021 season, the situation couldn't really get worse for David Warner. The Australian, who was stripped of the team's captaincy this year, put up a weak display against Delhi Capitals (DC) on Wednesday, getting bowled for a duck after facing three deliveries. With skipper Kane Williamson winning the toss and opting to bat, SRH could only post 135 for nine in 20 overs and had a major batting collapse. Other than Warner's duck, Williamson could also only muster 18 off 26 deliveries. Abdul Samad and Rashid Khan made the only notable contributions, scoring 28 and 22 runs, respectively.

"Nortje and Rabada know how to bowl to David Warner. I think Rabada has knocked him over 4-5 times already. So they know and understand how to bowl to Warner. I am not surprised actually. I think this was a real tough game for Warner", said Pietersen, while speaking on Star Sports.

"He would have thought last night 'Oh no, not Delhi Capitals. Not Rabada and Nortje. Not these two. Give me Punjab Kings, Rajasthan Royals, somebody else and I am actually going to find a way'. These two know how to bowl to him and they knocked him over cheaply", he further added.

SRH are currently bottom of the eight-team table with a win and seven defeats this season. For their next match, they face Punjab Kings (PBKS) on Saturday.

Kevin Pietersen IPL 2021 Delhi Capitals vs Sunrisers Hyderabad, Match 33 Cricket
Get the latest updates on T20 World Cup, check out the T20 World Cup Schedule and Live Score . Like us on Facebook or follow us on Twitter for more sports updates. You can also download the NDTV Cricket app for Android or iOS.