Led by former India captain MS Dhoni, Chennai Super Kings began training at the ICC academy in Dubai ahead of the resumption of IPL 2021. 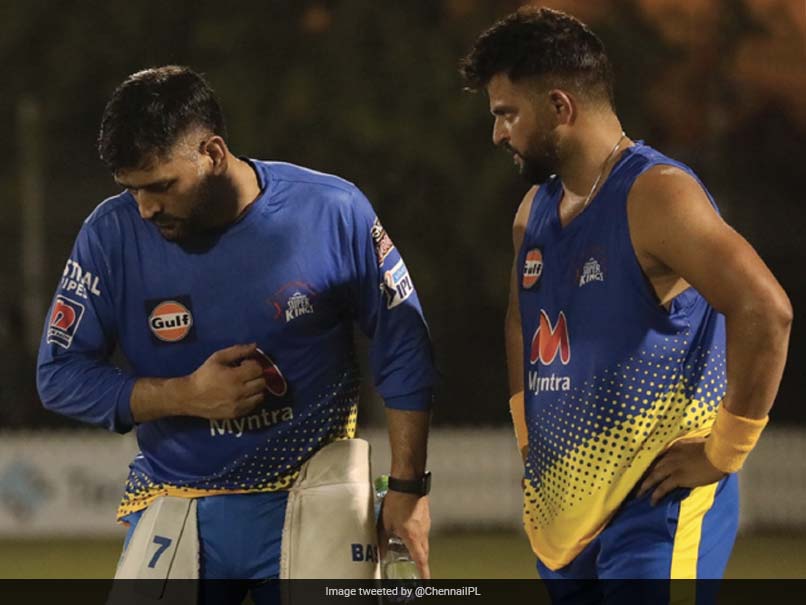 MS Dhoni and Suresh Raina during a practice session in Dubai.© Twitter

Chennai Super Kings, led by MS Dhoni, hit the ground running at the ICC academy in Dubai as the three-time Indian Premier League (IPL) champions began their preparations ahead of the resumption of the T20 league on Thursday. The 14th edition of the IPL was postponed midway after several players tested positive for coronavirus inside the bio-bubble. The tournament will resume with defending champions Mumbai Indians taking on CSK in Dubai. "Huddle Hustle," CSK captioned a team picture on Twitter.

CSK also posted a picture of their captain MS Dhoni in his training gear. "Yellove at first sight," the photo was captioned.

Here are more pictures from the training session:

Chinna Smile for you pic.twitter.com/CX5zIdsOBh

CSK players had gathered in Chennai for a training camp earlier this month. Star players including Dhoni, Suresh Raina, Deepak Chahar and Robin Uthappa along with other members of the team arrived in Dubaion August 13.

CSK were second on the IPL 2021 points table with 10 points before the league was halted due to Covid.

The Chennai-based franchise had won five games out of seven and were behind Delhi Capitals, who had 12 points from eight matches.

Royal Challengers Bangalore and Mumbai Indians were at third and fourth position before the tournament was postponed.

CSK will be hoping to make the playoffs in this year's IPL after registering one of their worst outings in the domestic T20 league last year.

CSK had finished seventh on the points table last year, failing to qualify for the knockout stages for the first time in their history.

Suresh Raina Cricket IPL 2021
Get the latest updates on IPL Auction 2023 and check out  IPL 2023 and Live Cricket Score. Like us on Facebook or follow us on Twitter for more sports updates. You can also download the NDTV Cricket app for Android or iOS.