IPL 2021: Andre Russell and Sunil Narine arrived in India ahead of the upcoming season and had a message for Kolkata Knight Riders fans. 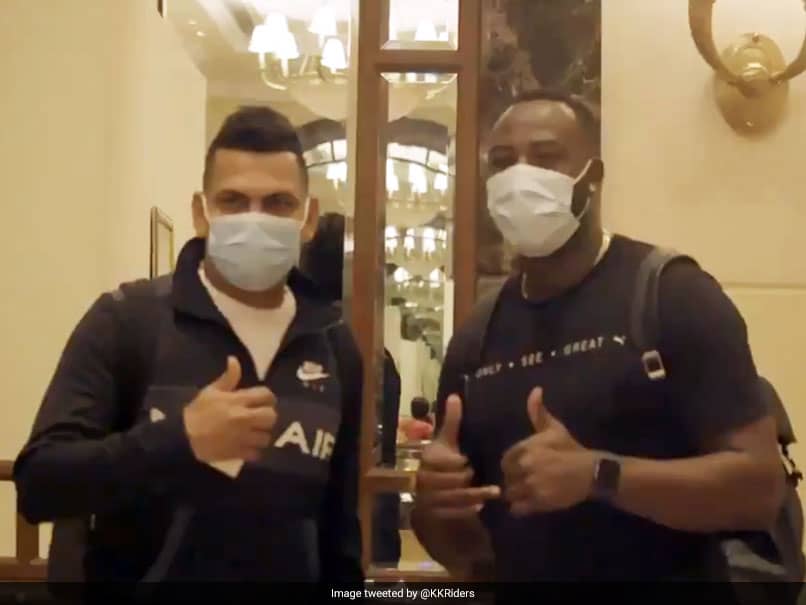 Kolkata Knight Riders' Caribbean stars Andre Russell and Sunil Narine arrived in India ahead of the Indian Premier League 2021. KKR took to Twitter to share a video of the duo reaching the hotel, where they will now undergo quarantine before joining the team bio-bubble. "The moment you've all been waiting for... The 2018 and 2019 MVP's are in the house!" KKR captioned the video. The two can be seen getting out of their car and heading into the hotel, where they undergo temperature scans.

The moment you've all been waiting for...

The IPL is returning to India after last year's edition was held in the United Arab Emirates (UAE) due to the coronavirus pandemic.

"Hopefully we can have a better season than last year," he adds.

Both Narine and Russell were underwhelming in the UAE as KKR failed to make the playoffs in IPL 2020.

"We are closer to you guys now, so... the games are in India. So whether you guys are watching from home or from the stands, we'll be representing purple and gold," said Andre Russell, referring to the KKR colours.

"Now is the time that we are going to do our best, because we know the bio-bubble. We're used to this situation. Our mindset is already planned for this," he says.

"Keep supporting us. No matter what the situation, we are going to go out there and try our best. Hopefully this year is the year to bring back the title," Narine says, before both of them chime in for a war cry of "Korbo, lorbo, jeetbo", the KKR motto.

KKR will kick off their campaign on April 11 against SunRisers Hyderabad in Chennai.