The 'Mankad' dialogue between Delhi Capitals off-spinner Ravichandran Ashwin and coach Ricky Ponting has added flavour to their preparations for IPL 2020 as they aim for first title. 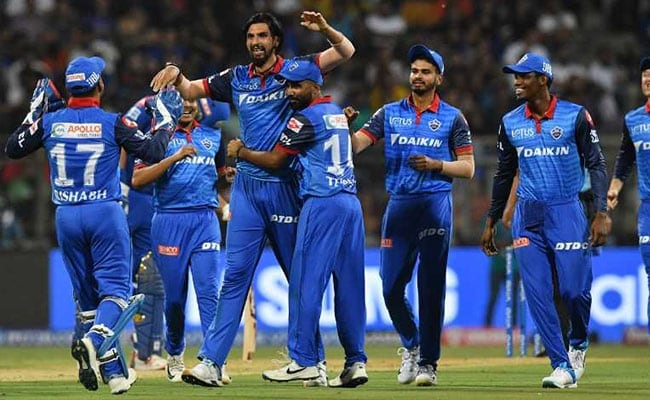 Delhi Capitals will aim to go one up on IPL 2019 campaign and make their first IPL final.© AFP

It could be unfair to term Delhi Capitals as boring, but honestly, this is not the franchise that fires fierce fan loyalty or any such passions in the Indian Premier League. Always a little bit of a corporate baby with conservative approaches to most things in life, Delhi Capitals (DC), this time around, have put a potential cat among the pigeons with coach Ricky Ponting wagging a finger at ‘Mankad' star Ravichandran Ashwin, saying something to the effect of “not on my turf”. The veteran Ashwin, a self-proclaimed serial ‘Mankad' artist, also said something to the effect of “we'll see”. The two had a much-publicised video conversation on this but nothing was really resolved.

That could well be the masala that DC need to add some punch to their otherwise rather staid approach. Never the front-runners in the race for the title, Delhi Capitals would be hoping for more than just words when the action starts.

With MS Dhoni now out of international competitions, Pant will be the automatic choice for skipper Virat Kohli, so it could well also be an opportunity for the left-handed wicketkeeper-batsman to revalidate his credentials ahead of the series to come, beginning with Australia. IPL 2020 will be a test for Pant in more senses than one.

The Delhi Capitals captain is not the senior-most player in the squad. Nor is he the most high-profile. So, he has to lead by example if DC have to make any headway in the tournament. With the flat tracks of the UAE making run-scoring the real job, top-order batsmen like Iyer have to really come good.

Shikhar Dhawan's IPL record is quite interesting. He has close to 160 matches, batting in the top order most of the time, and has yet to reach triple figures even once. But his experience can be critical in the DC scheme of things, although it would take some convincing to assume that he will carry them through all the way.

If Ravichandran Ashwin is half as effective with his bowling as he has been on social media, Delhi Capitals will be a team to watch. The offie, apart from his interesting little dialogue with coach Ricky Ponting, will be entrusted to lead the bowling on some unhelpful tracks. It could be an interesting watch.

In a format where the all-rounder is worth his weight in gold, Marcus Stoinis could be all of that for DC. While the Australians in IPL 2020 will miss out on the action in the first few days, Stoinis could see action when the stakes are really high and he could make a telling difference.

Alex Carey IPL 2020 Cricket
Get the latest updates on IPL Auction 2023 and check out  IPL 2023 and Live Cricket Score. Like us on Facebook or follow us on Twitter for more sports updates. You can also download the NDTV Cricket app for Android or iOS.