IPL 2020, KXIP vs SRH Preview: Kings XI Punjab and SunRisers Hyderabad will aim to win their last four league games and seal a spot in the playoffs. 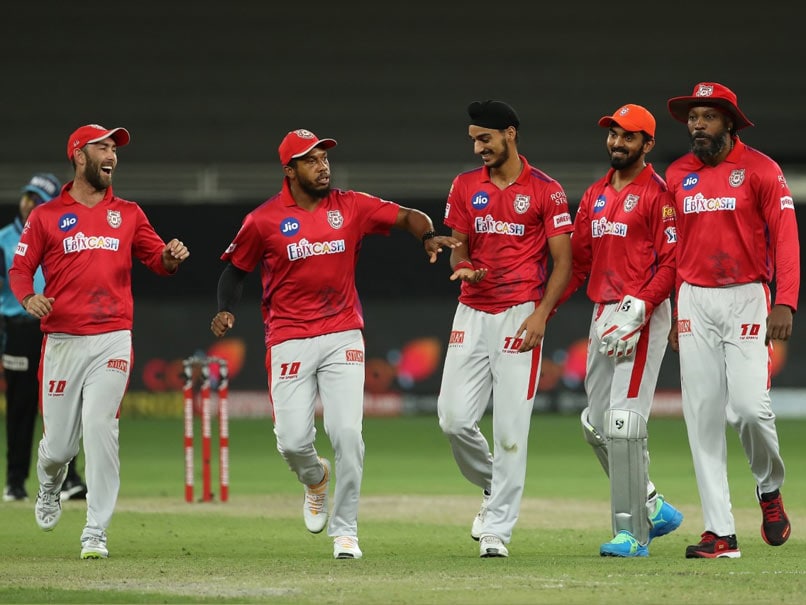 IPL 2020: Kings XI Punjab have won three matches in a row and they are placed 6th on the points table.© BCCI/IPL

Kings XI Punjab take on SunRisers Hyderabad in Match No.43 of Indian Premier League (IPL) on Saturday in Dubai with a place in the top four likely if table-toppers Delhi Capitals beat Kolkata Knight Riders in the first of the double-headers on the same day. KXIP's campaign has been rejuvenated by three wins in a row that have taken them off the bottom of the table and put them in their current position – sixth – with eight points from 10 games. SRH, on the other hand, bounced back to winning ways courtesy Manish Pandey's unbeaten 83 on Thursday that helped his side beat Rajasthan Royals and climb to No. 5 in the table.

Both teams have had topsy-turvy IPL 2020 campaigns so far with KXIP slightly better placed than their rivals only on recent form. They stunned Delhi in their last match after having done the same to Mumbai Indians in a thrilling double Super Over finish last Sunday.

In addition to skipper KL Rahul and Mayank Agarwal, who have occupied two of the top three positions in the run charts for a long time this season, Nicholas Pooran and Chris Gayle have also had some recent form behind them with the bat.

With the ball, too, KXIP seem to be peaking at the right time as Mohammed Shami is now second on the wicket taker's charts.

Glenn Maxwell has been persisted with despite him not being in the best form, and he would look to come to the party sooner than later.

For SRH, Pandey's knock on Thursday will give the team a world of confidence as the batting had looked too dependent on David Warner and Jonny Bairstow, with cameos from Abdul Samad and Priyam Garg thrown in on occasions.

The 140-run unbeaten partnership between Pandey and Vijay Shankar (52 off 51) was SRH's best this season and with Kane Williamson likely to return from injury at some stage, the SRH top four will be their impregnable fort.

The 2016 champions have made up well for Bhuvneshwar Kumar's absence as the young Indian duo of Sandeep Sharma and T Natarajan (11 wickets) have done the job with the new ball and the death.

Rashid Khan has consistently built up pressure in the middle overs he is SRH's top wicket-taker this season with 12 wickets from 10 matches.

Vijay Shankar IPL 2020 Kings XI Punjab vs Sunrisers Hyderabad, Match 43 Cricket
Get the latest updates on T20 World Cup, check out the T20 World Cup Schedule and Live Score . Like us on Facebook or follow us on Twitter for more sports updates. You can also download the NDTV Cricket app for Android or iOS.