IPL 2020, RR vs SRH: "It Was A Do Or Die Game For Me," Says Vijay Shankar After Win Over Rajasthan Royals

IPL 2020, RR vs SRH: Vijay Shankar gave away just 15 runs from his three overs and also picked up a wicket. He then scored an unbeaten half-century, helping the team chase down the target. 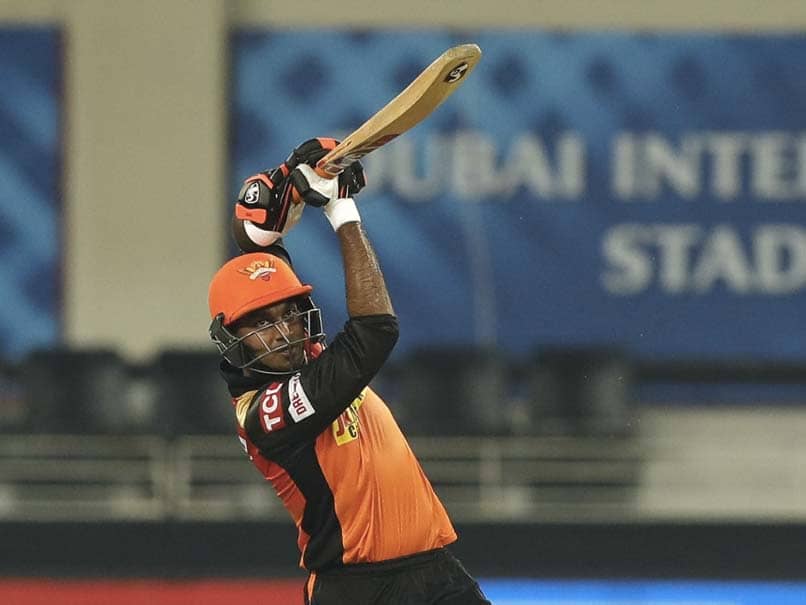 After guiding Sunrisers Hyderabad (SRH) to a win over Rajasthan Royals, Vijay Shankar said that he saw the game with a "do or die" attitude and is happy to have delivered a good performance in the match. SRH defeated Rajasthan Royals by eight wickets in the Indian Premier League (IPL) 2020 in Dubai on Thursday. Shankar gave away just 15 runs from his three overs and also picked up a wicket. He then played an unbeaten knock of 52 runs to help the team chase down the target of 155.

Manish Pandey also scored an unbeaten 83, taking SRH over the line in the 19th over.

Shankar wants the team to keep the momentum going and get into the top four.

"I think in the last couple of games, we were really, really close and we slipped in the last minute. I think a win like this will give confidence to each and every individual in the team and we can win the remaining games and keep ourselves alive in the tournament and push to get into the top four," he said.

Manish Pandey Dubai International Cricket Stadium, Dubai IPL 2020 Cricket Rajasthan Royals vs Sunrisers Hyderabad, Match 40
Get the latest updates on IPL 2021, IPL Points Table , IPL Schedule 2021 , live score . Like us on Facebook or follow us on Twitter for more sports updates. You can also download the NDTV Cricket app for Android or iOS.