Star batsman AB de Villiers had a net with Royal Challengers Bangalore (RCB) in Dubai ahead of the 13th season of Indian Premier League. 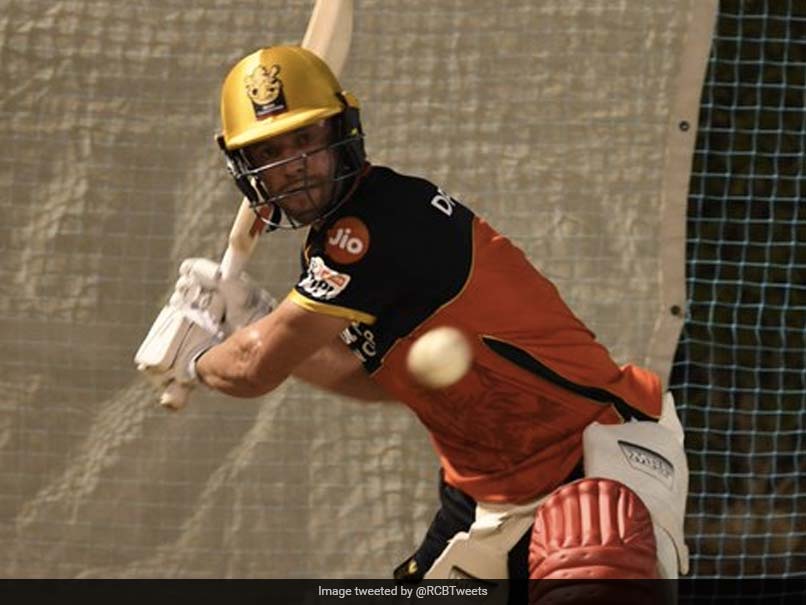 AB de Villiers had his first net session with RCB ahead of IPL 2020.© Royal Challengers Bangalore/Twitter

Royal Challengers Bangalore (RCB) have put all of their energies into training ever since they completed their six-day quarantine period. After the likes of Virat Kohli sweated it out in the nets on Saturday, other players including AB de Villiers and Gurkeerat Mann had hits in the nets, while bowlers Chris Morris and Umesh Yadav loosened up with bowling practice and wicket-keepers including De Villiers and Parthiv Patel had some ‘keeping practice. All this while the support staff was at hand to prevent the players from going overboard with their training as several players would have been eager to play after months of downtime due to the lockdown. In a video posted on social media, RCB gave a sneak peek into the second day of training in Dubai.

Picking up from right where they left off months ago, our stars had no problems getting back into the groove as they sweated it out on Day of the pre-season camp! #PlayBold #IPL2020 #WeAreChallengers pic.twitter.com/gMWImIGLJf

“It was really good, very enjoyable to be out there,” said De Villiers after having a net under lights at the ICC Academy. “It's night time here – a bit blurry, the lights and the wicket a bit sticky. Actually, if I had it my way (this is) exactly the way I'd like my first net to be after a long time.”

De Villiers took throwdowns and faced deliveries from net bowlers even as his fellow South African Chris Morris and Umesh Yadav sent down some balls.

Next up were fielding drills where the players practised close-in and outfield catching. The wicket-keepers got into the act as well. “Just trying to make sure that the batting drills and ‘keeping drills have the same number of balls,” said Parthiv Patel, who was panting for breath.

However, the coaches ensured the players didn't go overboard with their training and risk injuring themselves.

“There are three things we have to be very mindful (of) – one, players are coming back after a long time and they will ready to jump and go gung-ho,” said Shankar Basu, the RCB trainer.

“That is our job to pull them back initially. Number two, there's oppressive heat here. That can be a telling thing here. And thirdly, in the gym – all along they have been doing a lot of gym. We need to find the right balance in the gym. From now on it (the gym workouts) should aid the skill part and not the other way around,” Basu added.

Chris Morris IPL 2020 Cricket
Get the latest updates on IPL Auction 2023 and check out  IPL 2023 and Live Cricket Score. Like us on Facebook or follow us on Twitter for more sports updates. You can also download the NDTV Cricket app for Android or iOS.