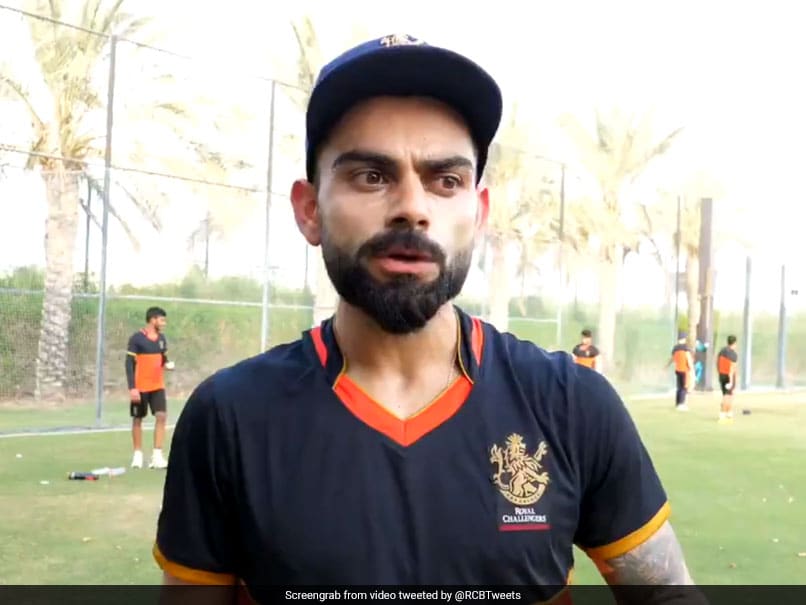 Royal Challengers Bangalore's (RCB) skipper Virat Kohli was satisfied with the first training session of the franchise and said spinners were really looking good as they landed the ball in the right areas. The IPL 2020 will be played in the UAE from September 19-November 10 across three venues -- Dubai, Abu Dhabi, and Sharjah. All eight IPL franchises have reached UAE for taking part in the upcoming tournament. Virat Kohlialso mentioned that he was scared before the first training session as he was picking up a bat after five months.

Watch how the first net session in over 5 months went for most of our players! #PlayBold #IPL2020 #WeAreChallengers pic.twitter.com/vWsSutD4vw

"Much better than expected, to be honest, I was pretty scared, haven't picked up a bat in the last five months but yeah, it just came out better than I expected. I have trained quite a bit during the lockdown so I am feeling quite fit and that helps as you can react better. That's a big plus if you come heavier into the season so the body is not in the right shape and that starts playing in your mind," Kohli said in a video posted on the official Twitter handle of RCB.

"The spinners looked pretty good in day one, Shahbaz Nadeem, Washington Sundar were landing the ball in the right areas, Chahal bowled well too, the seamers went through the motions little bit today, all in well decent start to our camp," he added.

South Africa pacer Dale Steyn also said that it was nice to finally get out to the middle to do some training.

"Nice to get out after spending months without training, I am excited and hopefully I do not pull up stiff the next day," Steyn said in the video.

Earlier today, the Board of Control for Cricket in India (BCCI) confirmed that 13 personnel including two players tested positive for COVID-19.

However, the board did not specify as to which team has how many confirmed cases. The identity of the players and staff has also not been revealed yet.

Royal Challengers Bangalore IPL 2020 Cricket
Get the latest updates on IPL Auction 2023 and check out  IPL 2023 and Live Cricket Score. Like us on Facebook or follow us on Twitter for more sports updates. You can also download the NDTV Cricket app for Android or iOS.