Yuvraj Singh made a hilarious comment about himself on a video by Mumbai Indians. 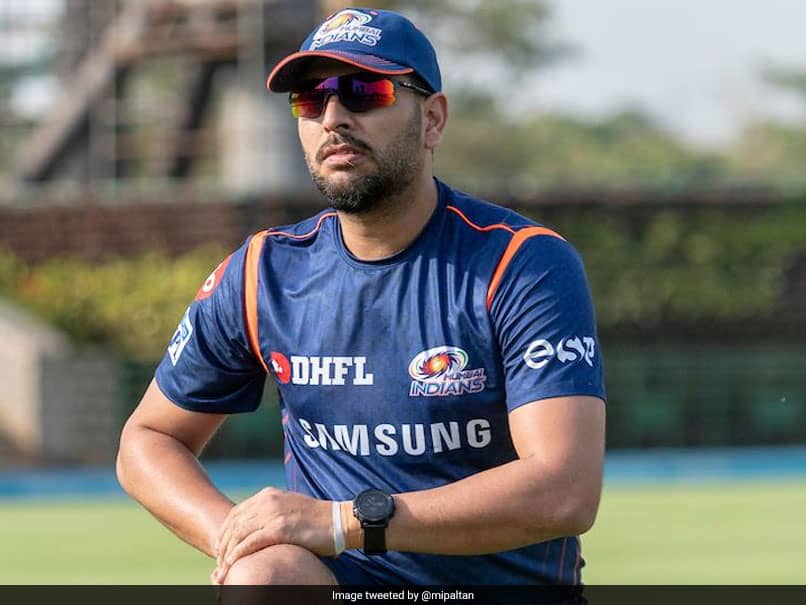 Yuvraj Singh will be vying to come out all guns blazing in the upcoming season.© Twitter

Yuvraj Singh will be vying to come out all guns blazing in the upcoming season of the Indian Premier League (IPL) 2019. But the veteran looked in a relaxed mood as he stepped out for a pre-season net practice session with his new franchise Mumbai Indians on Thursday. More so, because the veteran trolled himself in a video which featured him posted by Mumbai Indians on their official Twitter handle. The 37-year-old, replying to the Mumbai Indians, tweeted, "Bhai sahab thoda tez chalo".

In the video posted by Mumbai Indians, Yuvraj who was bought by the franchise for his base price during the 2019 auctions can be seen walking out for a net practice session at slow pace.

Check out the video of Yuvraj Singh taking to the field here:

The Chandigarh all-rounder, ahead of the IPL, had sent out a message with his batting prowess as he scored 80 runs from 57 deliveries in the DY Patil T20 Cup for Air India against Mumbai Customs.

Yuvraj Singh IPL 2019 Cricket
Get the latest updates on India vs Australia Series, check out the India vs Australia Schedule for 2020-21 and Ind vs Aus live score . Like us on Facebook or follow us on Twitter for more sports updates. You can also download the NDTV Cricket app for Android or iOS.