Steve Smith was included in Rajasthan Royals' playing XI for their first match of the IPL 2019 on Monday. 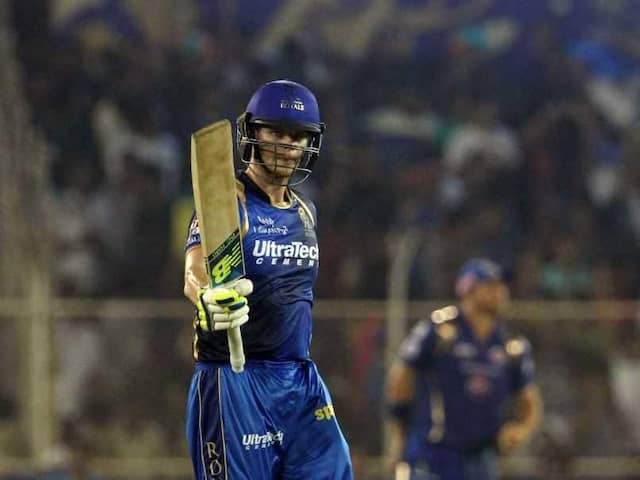 Steve Smith returned to the Indian Premier League (IPL) after missing the entire 2018 season due to a 12-month-ban given by Cricket Australia for his involvement in the infamous ball-tampering scandal in South Africa last year. Even though Steve Smith's ban is due to expire in a few days, he was included in Rajasthan Royals' playing XI for their first match of the IPL 2019 on Monday. Following the ball-tampering row in March last year, the Board of Control for Cricket in India (BCCI) had decided to ban David Warner and Steve Smith from participating in IPL 2018.

While Warner made an explosive comeback to the IPL with an 85-run knock at Eden Gardens on Sunday, Smith will aim for an impressive show to mark his presence before the end of his international ban.

Smith, who led the inaugural editions champions earlier, is eager to start his campaign in the IPL 2019. Last week, the 29-year-old Australian was seen in an ominous touch during a practice session at the Sawai Mansingh Stadium in Jaipur.

In a video shared by Rajasthan Royals, Smith perfectly middled most of the balls thrown at him. The video went viral with no time and the wishes poured in for the comeback man from all across the social media.

What makes Sunday perfect? This

29 seconds of @stevesmith49 hitting the ball as sweetly as possible. #HallaBol pic.twitter.com/pIuywKSi4c

Smith has played 69 IPL matches and scored 1,703 runs at an average of 37.02. He also has one century and five half-centuries to his name with a highest score of 101.

Kings XI Punjab
Get the latest Cricket news, check out the India cricket schedule, Cricket live score . Like us on Facebook or follow us on Twitter for more sports updates. You can also download the NDTV Cricket app for Android or iOS.