David Warner gave SunRisers Hyderabad a confident start and helped them post 181 for three in their allotted 20 overs. 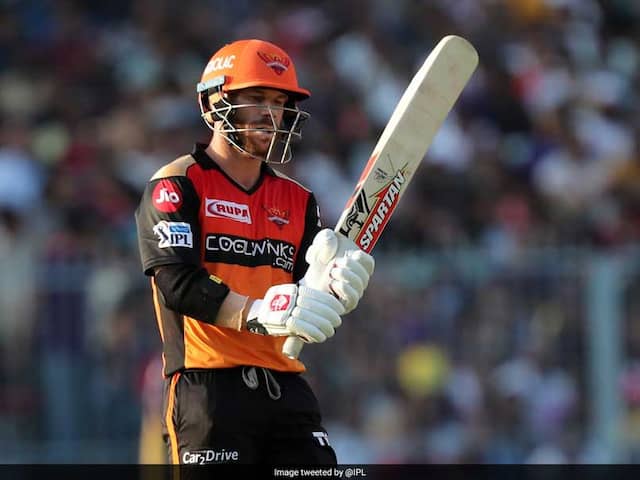 David Warner made a dream-like comeback to the Indian Premier League (IPL) as he smashed 85 runs off 53 balls, including nine boundaries and three sixes, in the second match of the IPL 2019 between SunRisers Hyderabad and Kolkata Knight Riders at Eden Gardens on Sunday. The Australian batsman was making his return to the IPL after missing the entire 2018 season due to a 12-month-long ban for his involvement in the infamous ball-tampering scandal in a Test match against South Africa in March last year.

David Warner was straightaway brought into the SunRisers' playing XI as they took the field after Kolkata Knight Riders won the toss and opted to bowl at their home ground.

Warner gave the orange outfit a confident start and helped them post 181 for three in their allotted 20 overs.

Warner's heroics set twitter on fire as many fans and former cricketers lauded his remarkable return.

Fomer India batsman Sanjay Manjrekar said he was "thrilled" to watch such a "class act" by Warner.

"Absolutely not surprised by Warner's immediate return to form. He is simply put... just a class act...Really thrilled for him," he tweeted.

Absolutely not surprised by Warner's immediate return to form. He is simply put... just a class act...Really thrilled for him. #welcomeBackWarner#IPL2019

Warner has more runs than all of #RCB. Let that sink in. #IPLT20 #SRH #OrangeArmy#OnlyDumBiryaniNoFishBiryani

The beast strikes back
Kasi 50 for Warner
1st 50 of this IPL #GoOrangeArmy #SRH pic.twitter.com/uqfjn5JQeG

SunRisers Hyderabad, who won the IPL in 2016, are being led by fast bowler Bhuvneshwar Kumar in their first match of IPL 2019.

David Warner IPL 2019 Cricket Kolkata Knight Riders vs Sunrisers Hyderabad, Match 2
Get the latest Cricket news, check out the India cricket schedule, Cricket live score . Like us on Facebook or follow us on Twitter for more sports updates. You can also download the NDTV Cricket app for Android or iOS.