MS Dhoni blamed poor shot selection for defeat and vowed to come back stronger in Qualifier 2 in Visakhapatnam on Friday. 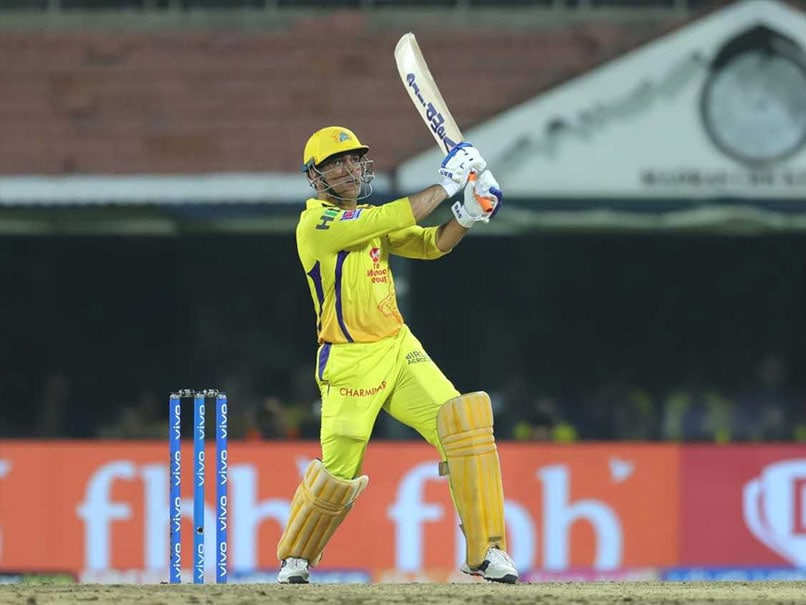 MS Dhoni survived a final over scare by Jasprit Bumrah and led Chennai Super Kings to 131 for four after a hesitant start against Mumbai Indians in the Qualifier 1 at MA Chidambaram Stadium on Tuesday. However, Suryakumar Yadav scored an unbeaten half-century as Mumbai Indians chased down the modest target with nine balls to spare. Following the six-wicket defeat, CSK's fourth consecutive loss to MI, MS Dhoni blamed poor shot selection and vowed to come back stronger in Qualifier 2 in Visakhapatnam on Friday.

"Somebody has to lose, things really didn't go our way, especially batting. At home, we had to assess the conditions quickly, we have played six to seven games already, that's the home advantage," Dhoni said at the post-match presentation.

"We needed to know how the pitch behaves, would it be tacky? Is the ball coming on or not, those were the things we didn't do well, I think the batting needs to get better," added the CSK skipper who opted to bat after winning the toss.

Dhoni then stitched an unbeaten 66-run stand with Ambati Rayudu for the fifth-wicket to guide CSK to a respectable finish. Rayudu top-scored for CSK with 42 runs (not out), while Dhoni was unbeaten for 37.

"These are the best batsmen we have got, it looks like we are are batting well, but at times, but in different games, they pull off shots that shouldn't be played," Dhoni said.

"These are the players who we have banked on, they have the experience and they should know to assess the conditions better, hopefully, we will do well in the next game," he added.

For Mumbai Indians, Suryakumar top-scored with 71 runs (not out) as they made it to their fifth IPL final.

CSK will get another chance to make it to their eighth IPL final as they will take on the winner of the Eliminator between Delhi Capitals and Sunrisers Hyderabad.

MS Dhoni Suryakumar Yadav IPL 2019 Cricket Mumbai Indians vs Chennai Super Kings, Qualifier 1
Get the latest updates on India vs South Africa and check out  Schedule, Results and Live Score. Like us on Facebook or follow us on Twitter for more sports updates. You can also download the NDTV Cricket app for Android or iOS.