"What Should MS Dhoni Do After Winning Toss?" IIT Madras Asked Students

An IIT-M professor asked his students what Chennai Super Kings skipper MS Dhoni should do after winning the toss against Mumbai Indians. 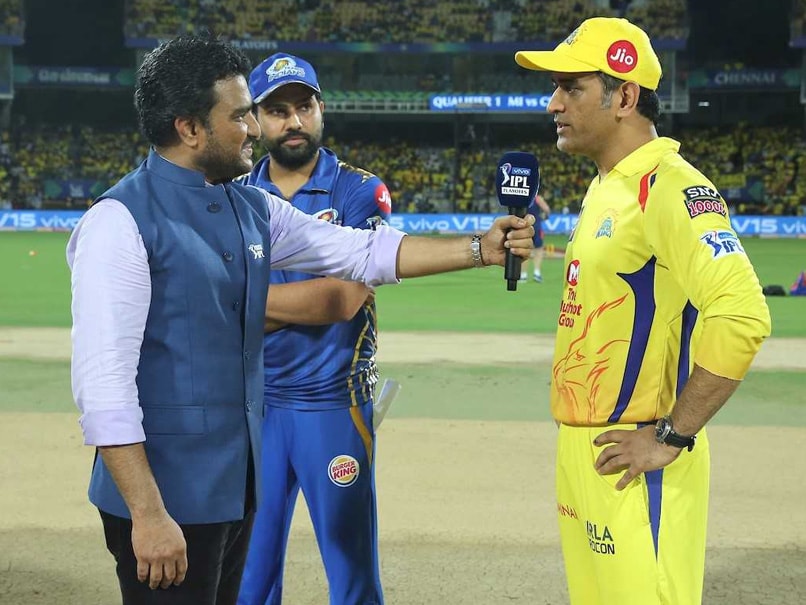 MS Dhoni won the toss on Tuesday and elected to bat as CSK managed to score a modest total of 131/4.© BCCI/IPL

MS Dhoni, the Chennai Super Kings (CSK) skipper, won the toss three times at Chepauk during the group stage of the ongoing Indian Premier League (IPL) and always opted to bowl. Factoring in dew as a disadvantage for the team batting second, Dhoni believed in chasing the targets at CSK's home ground in IPL 2019. As the Chennai-based franchise are hoping to defend their title, the reputed Indian Institute of Technology (IIT) Madras decided to help their skipper make a decision based on the scientific facts and figures.

IIT-M professor Vignesh Muthuvijayan asked his students what Chennai Super Kings skipper MS Dhoni should do after winning the toss in the IPL Qualifier 1 against Mumbai Indians.

"Dew can play a major role in day-night matches. Excessive dew in the outfield makes the ball wet. For spinners, the challenge is to grip the wet ball and get it to impart spin. For fast bowlers, it is difficult to hit the desired length. Hence, this can put the fielding team at a disadvantage. During IPL 2019, Chennai Super Kings are likely to play a qualifier at Chepauk Stadium on May 7. As per the weather forecast on May 7, the relative humidity in Chennai is expected to be 70 per cent. The temperature at the start of the game is expected to be 39 degrees. At the beginning of the second innings, the temperature is expected to drop to 27 degrees. Based on this info, if Dhoni wins the toss would you recommend batting or fielding first. Justify your answer," the question read.

Shout out to Professor Vignesh at @iit_madras for making exams relevant to important, real-life issues! Can anyone help @mahi7781 and @chennaiipl make a decision before the toss tomorrow? (and show your workings ) #LoveCricket #Cricket #Madras

A screenshot of the question paper went viral on social media with the International Cricket Council's (ICC) official Instagram account also shared it.

Dhoni won the toss on Tuesday and elected to bat as CSK managed to score a modest total of 131/4.

Mumbai Indians chased down the target with nine balls to spare, winning the game by six wickets.

Chennai Super Kings will get another shot at the IPL 2019 final as they will take on the winner of Eliminator between Delhi Capitals and SunRisers Hyderabad in Qualifier 2 on Friday.

MS Dhoni IPL 2019 Cricket Mumbai Indians vs Chennai Super Kings, Qualifier 1
Get the latest updates on ICC T20 Worldcup 2022, check out the Schedule and Live Score. Like us on Facebook or follow us on Twitter for more sports updates. You can also download the NDTV Cricket app for Android or iOS.