KL Rahul, Karun Nair, and Ravichandran Ashwin were among the retained players. 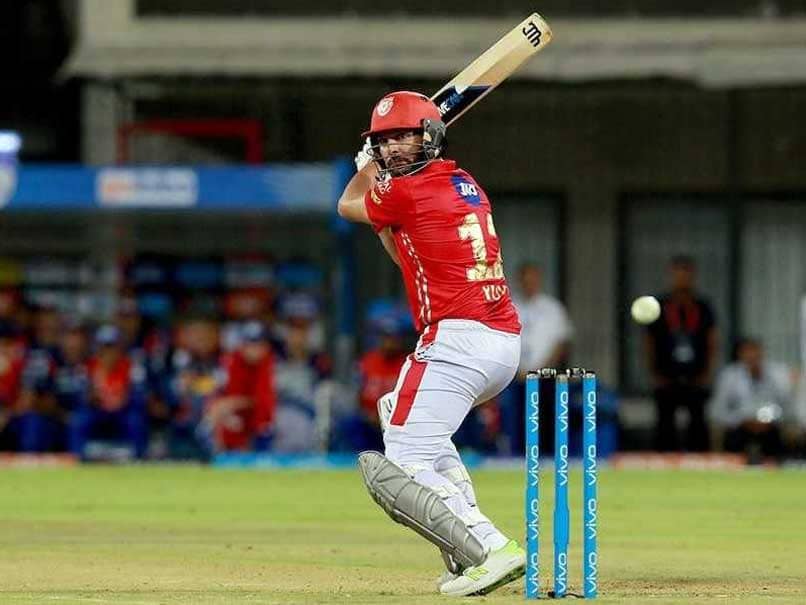 Yuvraj Singh was released by KXIP for the upcoming edition of the IPL.© BCCI

The Indian Premier League (IPL) franchise Kings XI Punjab (KXIP) on Thursday released star players such as Yuvraj Singh and Aaron Finch among others ahead of the IPL 2019 players auction to be held next year. The Karnataka duo of KL Rahul and Karun Nair and captain Ravichandran Ashwin were among the retained players for the 12th edition of the cash-rich league. For the upcoming season, KXIP retained nine players, released 11 and traded one. As far as the international players are concerned, Mujeeb Ur Rahman, last season's purple cap-holder Andrew Tye, explosive batsman Chris Gayle and David Miller of South Africa will wear the KXIP jersey again.

Uncapped players Mayank Agarwal and Ankit Rajpoot will be seen in season 12 as well.

"The team would like to thank the players who have been released for their contributions and wishes them the very best for the future," a statement on KXIP's official website read. With the retention done, KXIP still have at least eight more spots to complete the squad, which will be addressed in the player auction ahead of the next season.

Earlier this month, Virender Sehwag ended his association with the Punjab-based franchise. Sehwag was appointed as KXIP's mentor before the start of the 2016 season.

Sehwag spent two seasons with KXIP as a player following which he was with the team as a mentor for three years before ending his association.

Ravichandran Ashwin Cricket IPL 2019
Get the latest updates on IPL 2021, IPL Points Table , IPL Schedule 2021 , live score . Like us on Facebook or follow us on Twitter for more sports updates. You can also download the NDTV Cricket app for Android or iOS.