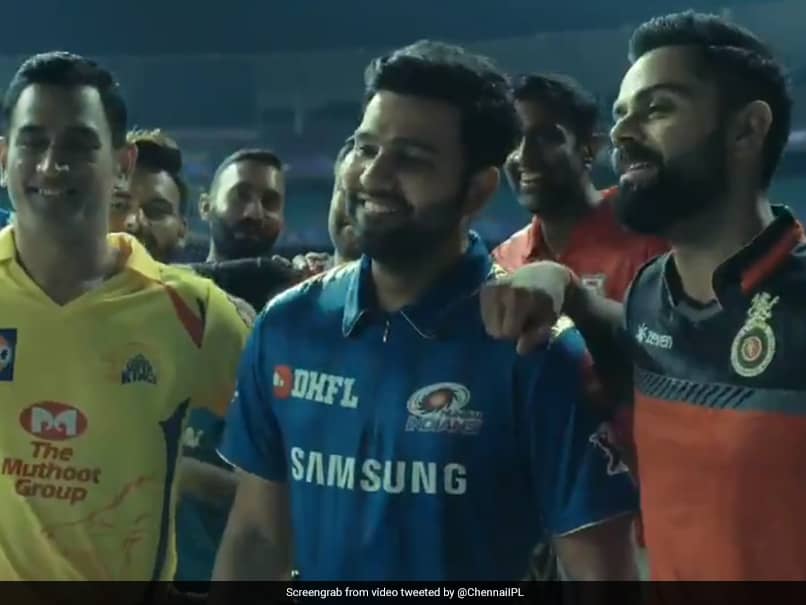 MS Dhoni and Virat Kohli can be seen taking the fight to budding cricketers in IPL 2019 anthem.© Screengrab: @ChennaiIPL

MS Dhoni and Virat Kohli are well known for outsmarting their opponents but in the newly-released anthem of the Indian Premier League (IPL) season 12, the iconic cricketers are seen taking the fight to budding cricketers. In the video shared by Chennai Super Kings (CSK) on their official Twitter handle, players like Ravichandran Ashwin and Rishabh Pant can be seen practicing in their respective team's jerseys. In another frame, a group of young boys can also be seen playing the game. Soon, it becomes a struggle for space between the two groups as they start pushing each other out of the frame.

Ashwin tries to trick the youngster but fails and then, MS Dhoni enters the picture with a road-roller. The embarrassed group of boys then take a ladder and climb to the other side of the wall, only to be welcomed by none other than Virat Kohli, who challenges them to a game.

The schedule for the first two weeks of the 2019 season has been announced but it will be further assessed when the Lok Sabha polling schedule is released.

As per the schedule released on February 19, the season gets underway with defending champions Chennai Super Kings (CSK) hosting Royal Challengers Bangalore (RCB) in Chennai.

A total of 17 matches have been announced between March 23 to April 5 across the 8 home venues of the franchises.

Ravichandran Ashwin Cricket IPL 2019
Get the latest updates on IPL 2020, check out the IPL Schedule for 2020 and Indian Premier League (IPL) Cricket live score . Like us on Facebook or follow us on Twitter for more sports updates. You can also download the NDTV Cricket app for Android or iOS.