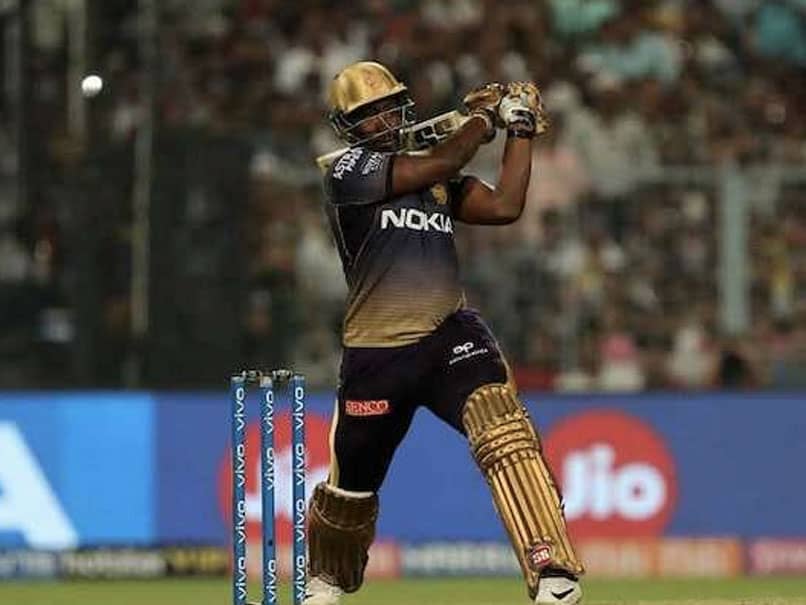 Andre Russell has been Kolkata Knight Riders' most valuable player this season.© BCCI/IPL

Kolkata Knight Riders (KKR) coach Jacques Kallis says that star all-rounder Andre Russell can bat higher in the order if the situation demands. The swashbuckling Jamaican has been KKR's most valuable player this season. He has accumulated 392 runs in 10 matches at an average of 65.33 with a mind-boggling strike rate of 217.77. However, KKR have lost their previous five matches and are in dire need of a victory when they host Rajasthan Royals at the Eden Gardens on Thursday to stay in the hunt for playoffs.

"It certainly hadn't been one of our plans but if the situation arises then it's something we'll think of. It's a matter of what the team needs in such a situation and what the captain and management come up with, and we feel where each player is suited to play," ESPNCricinfo quoted Kallis as saying on Tuesday.

"But like I said, if a situation arises where Andre or someone else can come up the order, we've got to perhaps try one or two things a little differently."

KKR lost their previous match against SunRisers Hyderabad and as a result, they are positioned at the sixth place in the IPL league standings with just 8 points.

The team decided to give their players a break ahead of their next clash in the IPL and Kallis was of the view that the break will allow the players to be fresh and hopefully turn the season around for the team.

"They could go home if they wanted to, and some guys felt they wanted to get a little practice which they couldn't get here, so they went to Mumbai. Our practices here are optional, so it's just about getting guys refreshed and mentally up for the game," Kallis said.

The KKR coach also talked about the mood in the team and said the players are not negative but frustrated with the results not going in their favour in the past few games.

"I think they are frustrated, but I wouldn't say they are negative. They do realise we've still got a chance of qualifying. We've just got to play some good cricket. I've said all along that in this format, it's the little percentages you need to improve to turn things around and we're not far off. We just need to do the little things a little bit better," Kallis said.

The former South African player said that not taking enough wickets in the matches is probably costing the team and it ends up creating more pressure on the captain.

"The frustrating part of this season has been not taking wickets and if you don't take wickets upfront you are under pressure for the whole innings," Kallis said.

"I think we've probably taken 20-21 wickets in ten games, which has put us under a lot of pressure. Yes, your bowling unit is going to be under pressure, you can't quite be as attacking, you almost have to be defensive when there are wickets in hand. So yeah, the key for us is taking more wickets upfront, and making life a little easier in the middle and end period," he added.

Kolkata Knight Riders IPL 2019 Cricket
Get the latest updates on IPL 2021, IPL Points Table , IPL Schedule 2021 , live score . Like us on Facebook or follow us on Twitter for more sports updates. You can also download the NDTV Cricket app for Android or iOS.