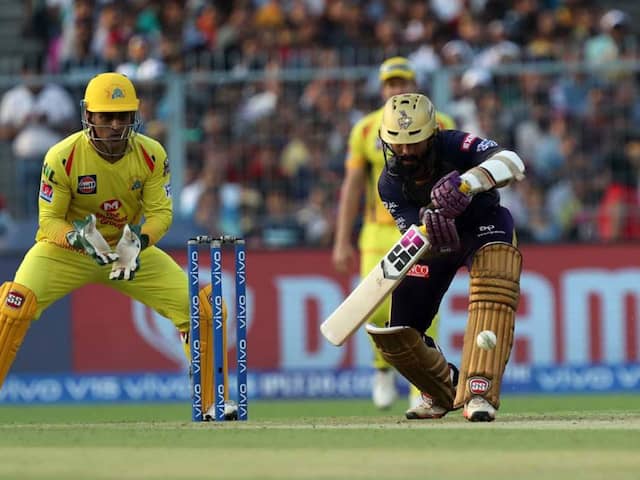 Coach Jacques Kallis on Tuesday rubbished talks of Dinesh Karthik's sacking as Kolkata Knight Riders (KKR) captain after the franchise registered five losses on the trot in the Indian Premier League (IPL) 2019. Kallis, one of the greatest all-rounders of the game, cleared the air and said there has been "no talk about the same". He, however hopes Karthik to up his game, which can prove to be helpful for the franchise in the upcoming matches.

"No. We haven't discussed it, nor it been brought up. So now there's been no talk about that," Kallis said.

"Hopefully, he (Karthik) can get in and get us some big runs. That will certainly mean a lot to the team and as much as he wants to do it," the South African great said of his skipper, who averages a dismal 16.71 from nine innings this season.

Foreign players like Andre Russell were training in Kolkata, Karthik along with Shubman Gill and Kuldeep Yadav trained at the KKR academy in Mumbai.

While news from the team management was about giving players a "break", the question remained as to why they were training if they have been told switch off for a few days.

"We felt the guys needed a break. Guys are given freedom to do what they want to for the next couple of days. It's has been a disappointing couple of games for us so we thought that guys can go and do what they want. Go home or some guys felt they wanted to have some practice in the middle which we couldn't get here," he said about their training in at their academy in Mumbai.

"It's about getting the guys refreshed and coming back ready for the game and just trying to be mentally up for the game again," Kallis' answer sounded far from convincing.

Gautam Gambhir-led KKR had a dramatic turnaround in their triumphant campaign in 2014 when they won nine matches in a row to lift their second title.

Seeking inspiration from that, Kallis said: "We've done it before. It's almost like there is no tomorrow for us now. Hopefully we can repeat that again this year.

"Certainly it's possible and the guys will try hard both off the field and on the field. We will be up for the game, that's for sure. I think everybody wants to do that. The guys will be up for it and will give 100%. There's still a lot of belief in the change room."

Their latest defeat came at SunRisers Hyderabad, who cruised to a thumping nine wickets win on Sunday.

Jacques Kallis IPL 2019 Cricket
Get the latest updates on IPL 2020, check out the IPL Schedule for 2020 and Indian Premier League (IPL) Cricket live score . Like us on Facebook or follow us on Twitter for more sports updates. You can also download the NDTV Cricket app for Android or iOS.