So close but no win again: Story of Pune Warriors this IPL

Pune lost their tenth match in this edition of IPL and skipper Aaron Finch said it was once again a case of playing well only to come out second best. 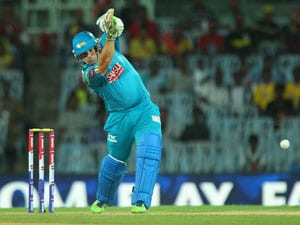 Pune Warriors fought hard to defend their total of 178 against Rajasthan Royals but came out second best once again. For skipper Aaron Finch, it was like deja vu and he said that while he was pleased with the performance, the result was unfortunately familiar.

Stuart Binny hit the winning runs for Rajasthan off the second-last delivery of the match leaving Finch visibly disappointed. "We played well. A lot of positives to take from this match. (But) very disappointing to miss out in the end but that has been our story a couple of times during this tournament," he said after the match.

Finch said that he felt Rajasthan's middle-order batted well. "Should have taken a few wickets in the middle and stemmed the flow of runs. A couple of overs here and there didn't work out for us."

Winning captain Rahul Dravid though was all praise for his entire team. While he himself hit a half-century, the former India player said it was a good joint effort. "We came back well with the ball. Even 200 was a possibility at one stage. Everyone came to the party with the bat. (Stuart) Binny and Sanju Samson did well for us towards the end of the match."

While openers Dravid and Ajinkya Rahane hit half centuries, the win was scripted by Binny (32* off 13) and Samson in the end.

Comments
Topics mentioned in this article
Cricket IPL 2013 Rahul Dravid Shane Watson Stuart Binny Ajinkya Rahane Aaron Finch Pune Warriors India Rajasthan Royals
Get the latest updates on ICC T20 Worldcup 2022 and CWG 2022 check out the Schedule, Live Score and Medals Tally. Like us on Facebook or follow us on Twitter for more sports updates. You can also download the NDTV Cricket app for Android or iOS.