Virat Kohli was seen expressing his disappointment over Ravindra Jadeja's dismissal in the first ODI between India and the West Indies in Chennai. 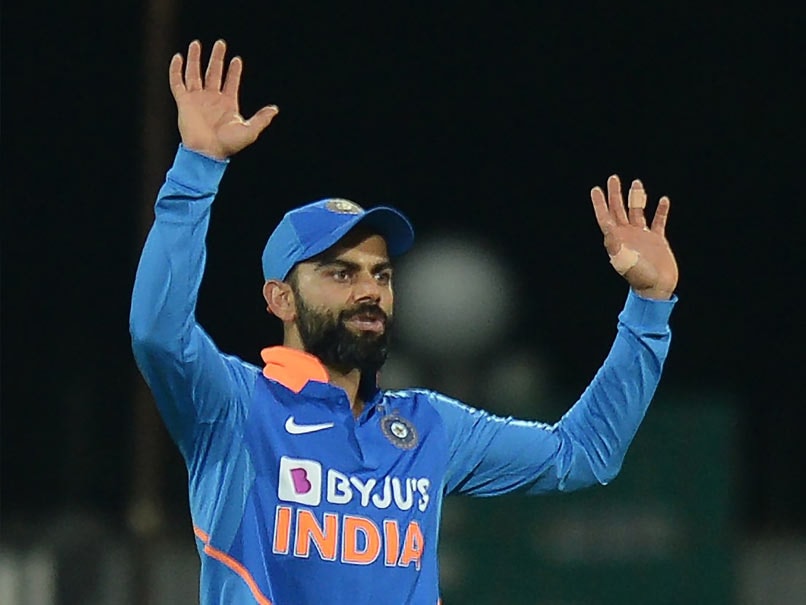 Virat Kohli was seen fuming after Ravindra Jadeja was given out by the third umpire.© AFP

Virat Kohliexpressed his disappointment over Ravindra Jadeja's dismissal in the first One-Day International (ODI) between India and the West Indies in Chennai on Sunday. In the 48th over, Ravindra Jadeja was looking for a single when Roston Chase hit the stumps on the full. Chase went for an appeal after watching the replay on the screen. The on-field umpire eventually went upstairs to check for the run-out and Jadeja was given out by the third umpire for 21. The controversial dismissal saw Virat Kohli fuming on the field.

Watch the video of the controversial dismissal here:

In the match, West Indies captain Kieron Pollard won the toss and elected to bowl.

The visitors started the ODI series opener as Sheldon Cottrell sent back KL Rahul in the seventh over.

Virat Kohli, who remained unbeaten on 70 in the T20I series final, was cleaned up by Cottrell for just four runs.

Rohit Sharma was looking set for a big score but he miss-timed a pull shot off Alzarri Joseph.

Shreyas Iyer and Rishabh Pant put on a 114-run stand for the foruth wicket to steady the innings for India.

Late flourish from Kedar Jadhav and Ravindra Jadeja helped the hosts to put a competetive first innings total of 287 for eight.

In reply, the West Indies lost their first wicket cheaply as Deepak Chahar trapped Sunil Ambris in front of the stumps.

At the end of 16 overs, the West Indies were 81 for one with Shimron Hetmyer batting on 43 and Shai Hope not out on 24.

Kieron Pollard India vs West Indies 2019/20 Cricket
Get the latest updates on ICC Women's Cricket World Cup 2022 and IPL 2022, check out the Schedule , Live Score and IPL Points Table. Like us on Facebook or follow us on Twitter for more sports updates. You can also download the NDTV Cricket app for Android or iOS.