Rohit Sharma believes that Hardik Pandya and KL Rahul are styling their hair like footballers in reflection of their love of the game. 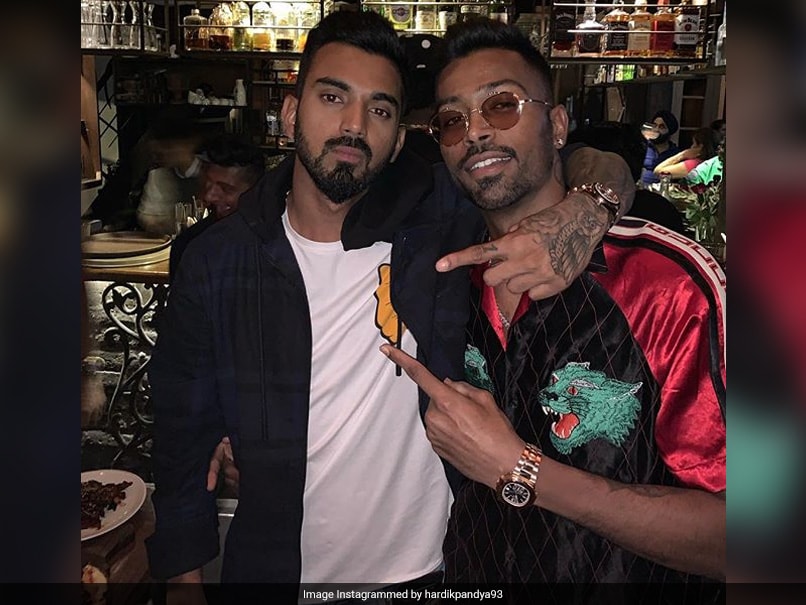 Hardik Pandya is recovering from a lower back injury following an operation in October.© AFP

India's young cricket guns like Hardik Pandya and KL Rahul are styling their hair like footballers in reflection of their love of the game, senior teammate and modestly quaffed Rohit Sharma said on Thursday. The 26-year-old Pandya, who is recovering from a lower back injury following an operation in October, remains popular among young fans with his quirky hairstyles, tattoos and in-your-face attitude. Rahul, the face of a trendy clothing brand who played a key role in India's series-clinching win over West Indies on Wednesday, is known for his smart fashion sense.

"The young guys who have come into the team like Shreyas Iyer, KL Rahul, Hardik Pandya, they all follow football," Rohit said after being named India's ambassador of La Liga club Real Madrid.

"This is not because I am associated with La Liga. I used to love Zinedine Zidane, I watched him play and that's how I started watching football regularly," said Rohit.

"Real Madrid is again (my best club) because of the skill and passion, how they play and how much skills they have within the group."

Anther big football fan in Indian cricket is MS Dhoni who also co-owns a team in the Indian Super League besides showcasing his soccer skills in charity matches.

Rohit rates the 38-year-old Dhoni, who has kept mum on rumours surrounding his retirement after skipping all the series following India's World Cup exit, as the number one footballer in the Indian team.

"There are lots of them actually, we have got Zlatan Ibrahimovic in our squad as well, that's Ishant Sharma. M S Dhoni is the number one football player."