India vs West Indies: Virat Kohli Enjoys Off Day With "The Boys" Ahead Of 3rd ODI 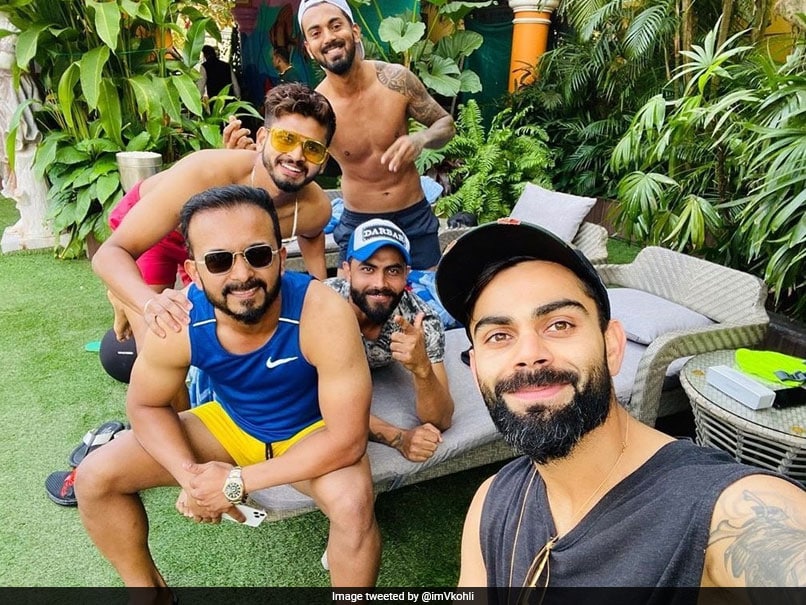 Virat Kohli had a rare flop day as he fell for a first-ball duck in Vizag.© Twitter@imVkohli

Virat Kohli, who had a rare flop day as he fell for a first-ball duck in Vizag, looked in a relaxed mood ahead of the third and final one-day international (ODI) against the West Indies in Cuttack on Sunday. Virat Kohli took to Twitter and posted pictures from the day off with a caption that read, "A day off and an afternoon with the boys is exactly what we needed." In the two pictures posted by the Indian skipper, he can be seen enjoying a fun afternoon with Ravindra Jadeja, KL Rahul, Kedar Jadhav, Yuzvendra Chahal, Rishabh Pant, Shreyas Iyer and Manish Pandey.

A day off and an afternoon with the boys is exactly what we needed ???? pic.twitter.com/6K3KLW63iJ

As far as the series is concerned, Rohit Sharma smashed 159, his 8th score of 150-plus in ODIs, to set up India's 107-run series-levelling win over the West Indies in the 2nd match on Wednesday.

Rohit Sharma, who brought up his 28th ODI century and 7th of the year, put on 227 runs for the opening wicket with KL Rahul, who made 102, as India amassed 387/5 while batting first.

Kuldeep Yadav claimed a hat-trick as the hosts bowled out the West Indies for 280 in 43.3 overs to make the three-match series 1-1.

"What's been good is in the last three games, including the one at Wankhede and first two ODIs, we've batted well in the first half," Virat Kohli said at the post-match presentation.

"It's always good to get 40-50 extra. Rohit and KL were outstanding, the opening partnership set it up," he added.

The third ODI and series decider will be played in Cuttack on Sunday.

Ravindra Jadeja Cricket India vs West Indies, 3rd ODI
Get the latest updates on IND vs NZ 2021, check out the Schedule and Live Score . Like us on Facebook or follow us on Twitter for more sports updates. You can also download the NDTV Cricket app for Android or iOS.