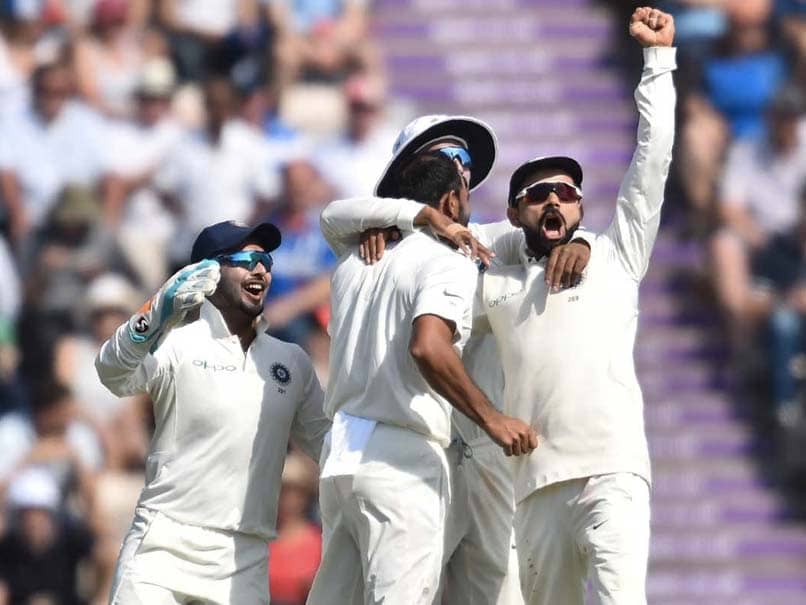 India will be hoping to emerge victorious against the Windies© AFP

Keeping in mind the tough Australian tour next month, India's cricketers are looking for some confidence-boosting home victories against the West Indies from Thursday. The number one Test side and the winner of last week's Asia Cup start as favourites against the eighth-ranked West Indies in the series of two Tests, five one-day internationals and three twenty20 games. "West Indies doesn't have a team to compete against India. They don't stand a chance at all," veteran India spinner Harbhajan Singh told news agency AFP ahead of the first Test in Rajkot starting on Thursday. But India may not find it so easy, with series defeats this year in England and South Africa revealing some serious chinks in India's armour, at least away from home.

Siraj will bolster the pace attack led by Mohammed Shami and Umesh Yadav who could trouble the relatively young West Indian batting line-up.

The Jason Holder-led West Indies are arriving off the back of a successful home season where they drew a Test series against Sri Lanka and then drubbed Bangladesh 2-0.

Batsman Sunil Ambris has already made his case for a place in the team XI after his unbeaten 114 in the tourists' only warm-up game in India.

The erstwhile cricket powerhouse have been bolstered by the return of experienced quick bowler Kemar Roach who will join fellow pacemen Holder and Shannon Gabriel.

"We have played some really good cricket in recent times. Quite a few of our guys stood out individually and we have to keep that collective strength," Holder was quoted as saying by The Hindu newspaper.

"India is the number one Test team. They have played some good cricket despite their last series (against England). It will be a good test for us," Holder, captain in 26 of his 34 Tests so far, said.

Holder also said that leg-spinner Devendra Bishoo could prove to be key on turning Indian tracks.

"He has been around for a while and doing well. The conditions could favour him a bit more here. We expect him to come into play in this series and be a match-winner," he said of Bishoo.

It will be West Indies' first India tour since the Caribbean side abandoned their 2014 trip due to a players' pay dispute with the national cricket board.

Virat Kohli Cricket India vs West Indies 2018
Get the latest updates on India vs Australia Series, check out the India vs Australia Schedule for 2020-21 and Ind vs Aus live score . Like us on Facebook or follow us on Twitter for more sports updates. You can also download the NDTV Cricket app for Android or iOS.