Virat Kohli has 24 centuries his name and the India skipper is one century short of equalling former Pakistan captain Inzamam-ul-Haq, who has 25 Test centuries. 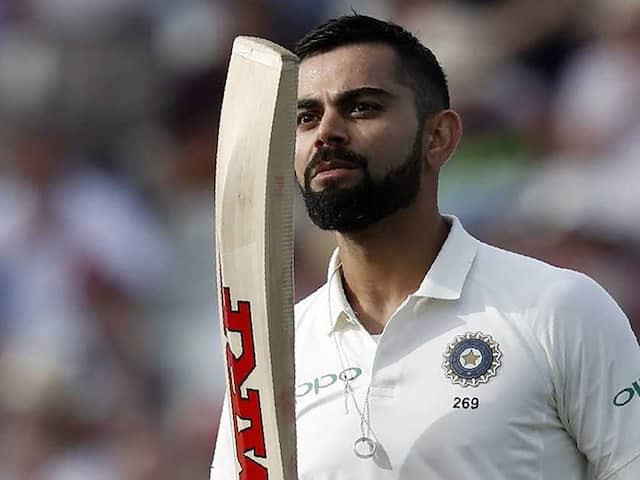 Indian team captain Virat Kohli could add another record to his tally when India take on West Indies in the second Test beginning Friday in Hyderabad. Virat Kohli has 24 centuries his name and the India skipper is one century short of equalling former Pakistan captain Inzamam-ul-Haq, who has 25 Test centuries to his name. 29-year-old Virat Kohli has played 72 Tests so far, scoring 6286 runs at an average of 54.66, while Inzamam-ul-Haq scored 8830 in 120 Tests at an average of 49.60. With 24 centuries, Kohli is on the 21st spot in the list of most centuries in Tests. India batting legend Sachin Tendulkar tops the tally with 51 centuries. Tendulkar has amassed 15921 runs in 200 Tests at an average of 53.78.

In ODIs, Kohli is the second in the list of century scorers in ODIs. With 35 centuries to his name, Kohli is behind Tendulkar, who has 49 centuries under his belt. Kohli has scored 9779 runs in 211 ODIs at an average of 58.20.

India currently lead 1-0 in the two-match Test series against West Indies. The visitors were thumped by the hosts after an innings and 272 runs defeat in the first Test. Kohli, debutant Prithvi Shaw and Ravindra Jadeja scored their respective hundreds to ensure India resounding win over their opponents.

The win at Rajkot helped the world's top Test side surpass their previous biggest win against Afghanistan by an innings and 262 runs during the minnows' debut five-day game in June.

Sachin Tendulkar Cricket India vs West Indies 2018
Get the latest Cricket news, check out the India cricket schedule, Cricket live score . Like us on Facebook or follow us on Twitter for more sports updates. You can also download the NDTV Cricket app for Android or iOS.