Umesh Yadav has only played three Tests for India in 2018 while KL Rahul has failed in 14 out of 16 Test knocks. 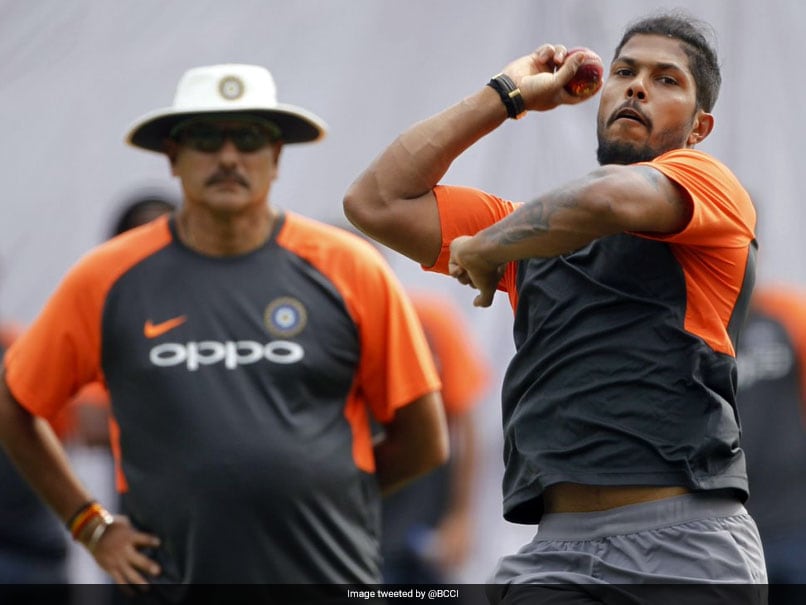 Umesh Yadav picked up one wicket in the first Test against the Windies at Rajkot.© Twitter

Indian speedster Umesh Yadav has been a part of the Test set-up for a long while now. But the 30-year-old Vidarbha pacer has not been a regular in the playing XI. Umesh did not feature in the team during the Test matches against South Africa, earlier this year. In the 5-match Test series against England as well, Umesh Yadav only played in one Test at Birmingham where he took three wickets in two innings. Terming Umesh as an 'unfortunate' player, bowling coach Bharat Arun, ahead of the second Test against the Windies, came out in support of the pacer. Arun admitted that Umesh has been unlucky as he gets frequently dropped after one failure.

"We look at Umesh as somebody who is quick. We also have a system where we rotate the bowlers so that they remain fresh and Umesh is a part of that (policy). We are extremely confident about what Umesh can bring to the table," Arun added.

However, when asked about KL Rahul's string of low scores, the coach dropped a hint that he is being seen as a long-term investment.

"Technical weakness as what you perceive I do not know but Ravi Shastri and Sanjay Bangar had a good chat with him.

"As a coach, I feel Rahul is an outstanding player with tremendous potential, who should be persisted with. (in Rahul) we have a super batsman in the future for us," said Arun steering clear of if Mayank Agarwal would make his Test debut.

He made it clear that team is not thinking on lines of experimentation.

"It's not the question of experimenting but the position we are in, we would like to consolidate. We would like to put the best team on the park and I believe anyone in the 16 can play."

"Every Test match that we play, we have been able to throw up new players. Like Prithvi Shaw in the last Test match. More than the runs that he got, he was able to show composure for a guy playing his first Test match, these are things that we look at."

There was considerable interest about local boy Mohammed Siraj's chances of a Test debut but Arun remained non-committal.

However, he termed Siraj as "quick learner" whom he has nurtured since his time as Hyderabad Ranji coach.

"He is a very very quick learner and during my stint with Hyderabad, I found him picking up things quickly. With experience and recent performances for A team showed how quick a learner Siraj is," he said.

Skipper Virat Kohli didn't attend the session as it was optional.

Rajiv Gandhi International Stadium, Hyderabad Prithvi Shaw India vs West Indies, 2nd Test
Get the latest updates on India vs South Africa and check out  Schedule, Results and Live Score. Like us on Facebook or follow us on Twitter for more sports updates. You can also download the NDTV Cricket app for Android or iOS.