The last time the Windies won a Test series against India was at home in 2002. 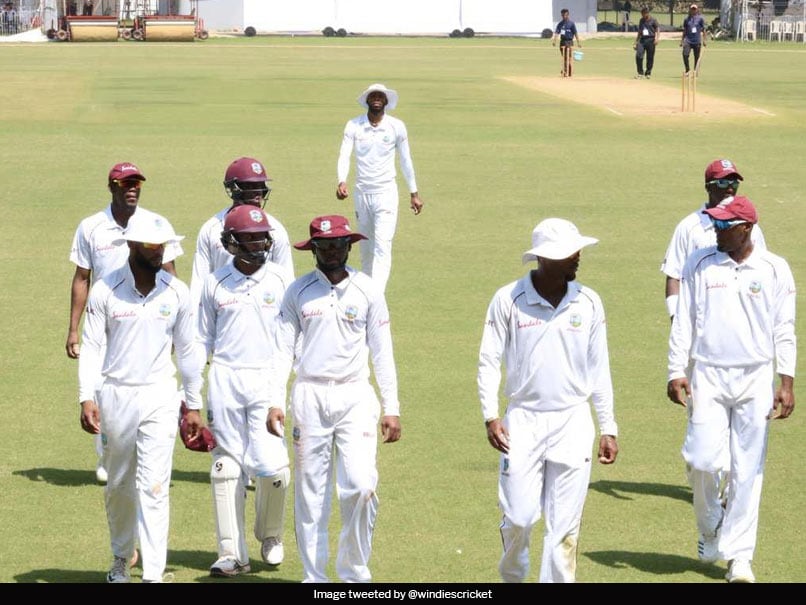 The first Test between India and the Windies begins on October 4 at Rajkot.© Twitter

Ahead of the first Test against India, Windies coach Stuart Law has said that playing India in their backyard is a huge task for the fast-improving Windies team. Meanwhile, Law also mentioned that he is not worried about India's poor performance in the UK, where the visitors lost the five-match Test series 1-4. "India are the number one side, we are further down the ladder (at 8). We are playing in their own backyard, it is a huge task. Not many teams have come here and won. We understand that but on the flip side we are getting better and better," Law said.

"We have spoken a lot (ahead of the series). We played two good home series against Sri Lanka and Bangladesh. At the same time, I don't read too much into India's form in England. I was there watching pretty closely. It was a lot closer than the 1-4 scoreline. England were just able to win the crucial moments," the Windies coach further added.

Law, however, sounded confident going into the series opener.

"We spent good eight days (in Dubai) before we came to India. It was 45 degrees during the day in Dubai so heat here won't be an issue. Then we had a good couple of days in Baroda (only tour warm-up), the pitch was similar looking to what I see here today. Preparation has been good," Law remarked.

"We have talked a lot but it is time now to stop talking. It is time the boys show what they have got on the field. Touring India has always been tough for teams, we have to show the world that we can play the game and grab hold of those opportunities," said the 49-year-old cricketer-turned-coach.

The first Test between India and the Windies begins on October 4 at Rajkot.

West Indies Cricket Team India vs West Indies 2018 India vs West Indies, 1st Test Cricket
Get the latest updates on Fifa Worldcup 2022 and check out  Fifa World Cup Schedule, Stats and Live Cricket Score. Like us on Facebook or follow us on Twitter for more sports updates. You can also download the NDTV Cricket app for Android or iOS.