Along with Virat Kohli, batting legend Sachin Tendulkar also spoke up on MS Dhoni's exclusion from the T20I squad. 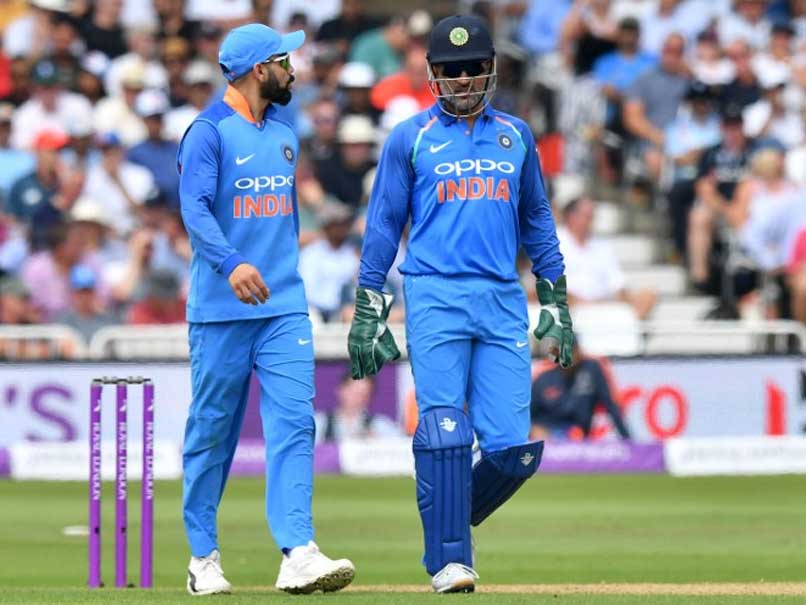 MS Dhoni was not included in the 15-man squad for the upcoming T20I series against Windies and Australia.© AFP

When BCCI announced the exclusion of MS Dhoni from the T20I squad for the series against Windies and Australia, the news came as a surprise to many. Rishabh Pant was chosen over the 37-year-old veteran in the shortest format of the game. Elaborating on Pant's inclusion, skipper Virat Kohli in the post-match press conference on Thursday explained that the decision was all about helping the 21-year-old grow in the shortest format of the game.

Talking about it further, he said, "I was not part of that conversation so... It is what the selectors explained. I think people are putting too much variables into the situation, which is not the case I can assure you of that. He's still a very integral part of this team and he just feels that in the T20 format, someone like Rishabh can get more chances."

"I don't know what the mindset of the selectors is & I haven't looked to influence anyone by giving opinions as what happens in dressing room & between captain, coach & selectors should stay within them," Sachin was quoted as saying by news agency ANI.

India registered a clinical nine-wicket win against the Windies in the fifth and final One-day International to clinch the five-match series 3-1 in Thiruvananthapuram. A combined bowling effort, led by left-arm spinner Ravindra Jadeja tore apart the Windies batting order, bundling the visitors for 104 in 31.5 overs. Chasing a paltry target, India completed the run-chase in 14.4 overs.

Kohli, post the emphatic series win, termed the victory as a combined effort. The skipper also asserted that performances in all the three departments were clinical throughout the series and that has boosted the morale in the dressing room.

"Turned out to be that way. Because of our clinical performance, we were able to finish the game in a few hours. Credit to the bowling unit, pitching it in the right areas. Wanted to bowl first anyway. Blessing in disguise. Still had to execute our plans. Last both games have been clinical, very professional with ball and bat. Change-room atmosphere is very important, and when you play like that, the energy is always good. Everyone wants to be part of it," Kohli said in the post-match presentation.

Ambati Rayudu and Khaleel Ahmed were the highlights of the series for India. Praising the duo Kohli said, " Khaleel has been outstanding. Rayudu has also taken responsibility at No.4. God forbid anything happens to Bhuvi or Bumrah, good to have Khaleel who can come in and take wickets. Those two areas we're looking at. And those two have been addressed," Kohli added.

India and the Windies will next face each other in the three-match T20I sereis scheduled to start from November 4.