Khaleel Ahmed took three wickets in India's big win in the 4th ODI vs the Windies. 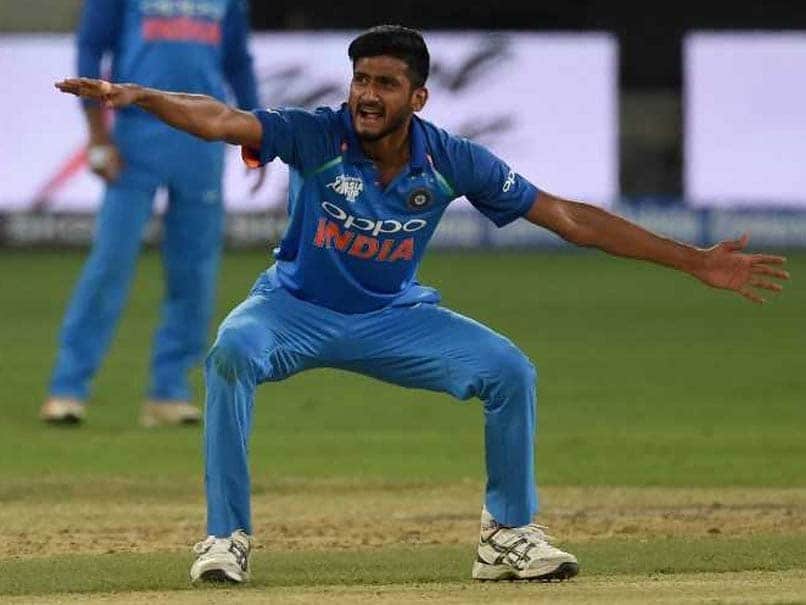 Khaleel Ahmed made his India debut for India against Hong Kong in Asia Cup 2018.© AFP

India crushed the Windies by 224 runs in the fourth One-day International (ODI) to go 2-1 up in the five-match series. Khaleel Ahmed, who took 3 for 13 in the fourth match, starred for India, triggering the West Indies' collapse in pursuit of a mammoth 378-run target. Ahead of the fifth and final match of the series scheduled to take place on November 1 in Thiruvananthapuram, India's bowling coach Bharat Arun hailed the effort from the left-arm pacer and termed him an exciting prospect. Arun also mentioned that the fast-bowling strength has never been more exciting and the bench has also strengthened after the inclusion of the 20-year-old.

"When we started off, the onus was not only on creating a force to reckon with pace bowling unit for the Indian team, also we needed very good bench strength. To sustain fast bowling over a long period of time, you need to rotate these bowlers. The team management had to monitor the workload," he explained.

The bowling coach also defended the under-fire Mahendra Singh Dhoni, saying he is one of the legends of Indian cricket and would come good.

"He is one of the legends of Indian cricket. His striking ability is for everyone to see. He has done it many a times before. He is extremely experienced and I'm sure given the opportunities, he will come good," Arun added.

Asked if performance would be given precedence over the 'Yo-Yo' fitness test in the light of Ambati Rayudu's show in the ODI series against West Indies, he said it was mandatory to prove fitness.

Rayudu missed out on the England tour after failing the Yo-Yo test, made a comeback in the ongoing series and has done well so far, including a hundred in the previous match.

"Fitness, with the kind of schedule that we have, is an important part of our focus. The mark that we have kept for people to pass is not every tough. And anyone who is there in the team has to pass the fitness test," Arun said.

The Indian team had an optional training session ahead of Thursday's fixture with only a handful of players taking part.

Young southpaw Rishabh Pant along with Rayudu, KL Rahul, Yuzvendra Chahal and Umesh Yadav took part in the session. The Windies, on the other hand, opted not to train.