Khaleel Ahmed claimed three wickets in the match that India won by 224 runs. 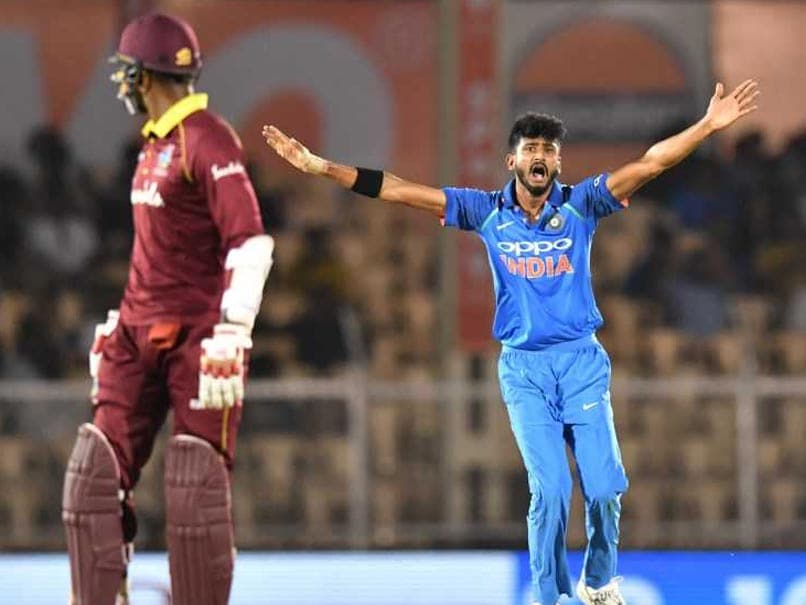 India pacer Khaleel Ahmed was reprimanded by the International Cricket Council (ICC) on Tuesday for what they deemed as provocative action by the left-armer towards Windies batsman Marlon Samuels during the fourth ODI in Mumbai. The young Indian fast bowler received an official warning and a demerit point. "Khaleel Ahmed has received an official warning and one demerit point after being found guilty of a Level 1 breach of the ICC Code of Conduct for Players and Player Support Personnel during Monday's fourth ODI against the Windies, which the hosts won by 224 runs in Mumbai to lead the five-match series 2-1," an ICC media release said.

"The India fast bowler, who returned figures of three for 13, was found to have violated Article 2.5 of the Code, which relates to "using language, actions or gestures which disparage or which could provoke an aggressive reaction from a batter upon his/her dismissal during an international match".

The incident took place during the 14th over the Windies chase. Khaleel's brilliant outswinger got the edge of Marlon Samuels' bat with Rohit Sharma taking a neat catch in the slips. After dismissing Samuels, Khaleel advanced "aggressively" towards the departing West Indian, which according to the on-field umpires could have "provoked a reaction from the Windies player".

"After the match, Khaleel admitted the offence and accepted the sanction proposed by Chris Broad of the Emirates ICC Elite Panel of Match Referees and, as such, there was no need for a formal hearing.

Khaleel starred with the ball for India, returning with figures of three for 13. India beat the Windies by a mammoth 224 runs to take an unbeatable 2-1 lead in the five-match series.

The final match of the ODI series will be played at the Greenfield International Stadium, Thiruvananthapuram on Thursday.

Marlon Samuels India vs West Indies, 4th ODI India vs West Indies 2018 Cricket
Get the latest updates on ICC Women's Cricket World Cup 2022 and IPL 2022, check out the Schedule , Live Score and IPL Points Table. Like us on Facebook or follow us on Twitter for more sports updates. You can also download the NDTV Cricket app for Android or iOS.