India vs Sri Lanka 1st Test Day: Virat Kohli was shocked with the sharp turn and was left looking at the pitch even as the Sri Lankans celebrated. A replay of the dismissal showed the reaction of captain Rohit Sharma, who too looked shell-shocked. 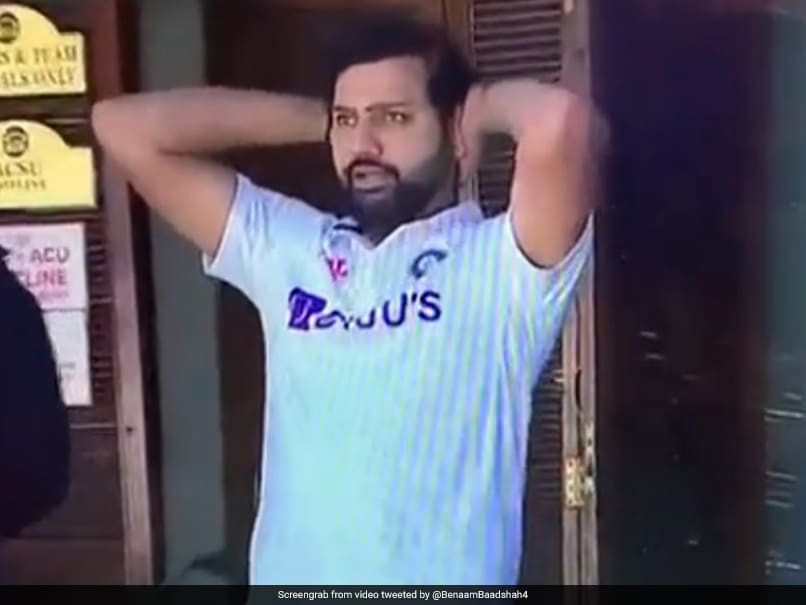 Virat Kohli might not have scored a century in Test cricket since November 2019, but the former India captain has hardly looked out of form. Kohli has played some good knocks since then and has lost his wicket at a time when no one expected him to. When he came out to bat in Mohali on day 1 of India's first Test against Sri Lanka, he was his usual focussed self.

The fact that he was playing his 100th Test match didn't really matter as Kohli was looking to take India to a strong position along with Hanuma Vihari. Kohli mixed caution with aggression and played some cracking shots against both spinners and pacers to enter the 40s.

On the personal score of 45, Kohli was foxed by a delivery from left-arm spinner Lasith Embuldeniya. The flat trajectory of the ball meant Kohli went on the backfoot to play the ball, but he react in time as the ball spun quite a lot to hit his off stump.

Kohli was shocked with the sharp turn and was left looking at the pitch even as the Sri Lankans celebrated. A replay of the dismissal showed the reaction of captain Rohit Sharma, who too looked shell-shocked.

Rohit was himself dismissed for 29 earlier in the day. Rohit's reaction showed how much everyone in the Indian team wanted Virat to succeed in his 100th Test and wanted him to go on and get a big score.

India though find themselves in a good spot after Rishabh Pant scored a belligerent 96 as the hosts ended the first day at 257/6 with Ravindra Jadeja and Ravichandran Ashwin unbeaten at the crease.

Rohit Sharma Lasith Embuldeniya India vs Sri Lanka 2022 Cricket
Get the latest updates on ICC T20 Worldcup 2022 and CWG 2022 check out the Schedule, Live Score and Medals Tally. Like us on Facebook or follow us on Twitter for more sports updates. You can also download the NDTV Cricket app for Android or iOS.