India vs Sri Lanka: Virat Kohli was seen having some fun on the field as he tried to imitate the bowling action of star pacer Jasprit Bumrah. 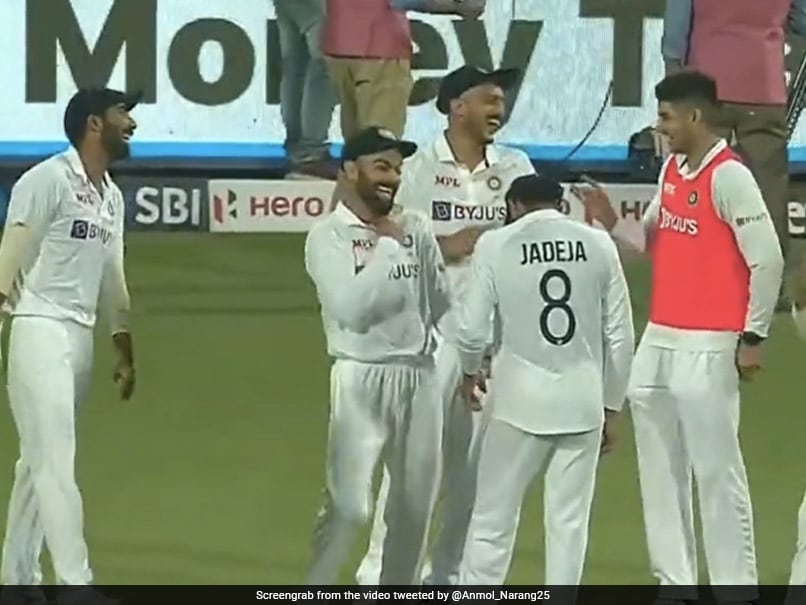 IND vs SL: Virat Kohli left his teammates in splits with his on-field antics.© Twitter

Former India captain Virat Kohli was seen imitating pacer Jasprit Bumrah during the ongoing second Test against Sri Lanka at the M Chinnaswamy Stadium in Bengaluru. Kohli, who could only manage scores of 23 and 13 runs in India's first and second innings, respectively, was seen having some fun on the field as he tried to imitate the bowling action of Jasprit Bumrah. The incident happened before the start of Sri Lanka's first innings on Day 1. Bumrah went on to pick a fifer in Sri Lanka's first innings.

Kohli's shenanigans managed to bring a smile on Bumrah and other Indian players' faces.

Bumrah picked his 8th five-for, his first on home soil, as India bowled out Sri Lanka for a paltry total 109 in the first innings.

His figures of five for 24 helped India take a 143-run lead, having posted a total of 252 in the first innings.

Apart from Bumrah, Mohammed Shami and Ravichandran Ashwin took two wickets each while Axar Patel also picked up a wicket on his return to the side.

Bumrah struck again in Sri Lanka's second innings as the visitors ended Day 2 at 28/1 after being set a target of 447. India declared their second innings at 303/9 after fifties by Rishabh Pant and Shreyas Iyer.

Earlier, Sri Lanka had resumed their innings 86 for six at stumps on Day 1, trailing India by 166 runs.

For India, Shreyas Iyer top-scored with a fine 92 while Rishabh Pant and Hanuma Vihari also played cameos of 39 and 31, respectively.

India lead the two-match series 1-0, having won the first Test in Mohali by an innings and 222 runs.

The hosts had also clean swept the visitors 3-0 in the T20I series last month.

Jasprit Bumrah India vs Sri Lanka 2022 India vs Sri Lanka, 2nd Test Cricket
Get the latest updates on Fifa Worldcup 2022 and check out  Fifa World Cup Schedule, Stats and Live Cricket Score. Like us on Facebook or follow us on Twitter for more sports updates. You can also download the NDTV Cricket app for Android or iOS.