"Had To Fight His Way Into The Team": Dinesh Karthik Lauds Star India Batter

India wicketkeeper-batter Dinesh Karthik was in awe of the star batter, saying that the player has had to fought his way back into the team 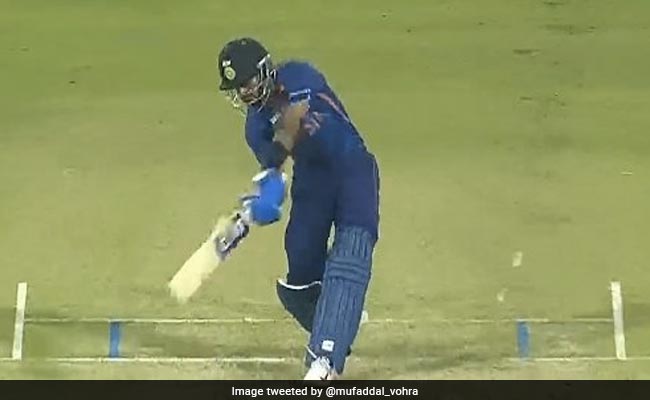 India batter Shreyas Iyer has been in fine form, winning the Man of the Series award in the recently-concluded T20I series against Sri Lanka. During the series, Shreyas, who came to bat no. 3 in all the matches, notched up 203 runs as India pulled off a clean sweep over the visitors. India wicketkeeper-batter Dinesh Karthik was in awe of Shreyas recent exploits, saying that the batter has had to fight his way back into the team, having picked up a shoulder injury which halted his progress last season.

"You can't go past Shreyas Iyer with the way he has batted. We've to remember a little bit of what he has gone through since the injury he has had. The shoulder injury is a massive one. After that, the things have been little tough, didn't have a great IPL, was picked for the (T20) World Cup, but didn't play any game," Karthik said during a discussion on Cricbuzz.

Karthik also said that Shreyas has made the most of the opportunities given to him, especially considering that he has been in an out of team.

"He's been with the team, travelling along, scores a Test hundred and goes to South Africa, again did not play. So, he has had to fight his way into the team. When he's got a consistent run, he's shown why he is Shreyas Iyer and why he is so well rated. He is such a good leader," he added.

Shreyas, who recently scored his maiden Test ton in the two-match series against New Zealand, will be eager to play a similar knock during the upcoming Tests against Sri Lanka.

Dinesh Karthik Shreyas Iyer India vs Sri Lanka 2022 Cricket
Get the latest updates on ICC T20 Worldcup 2022, check out the Schedule and Live Score. Like us on Facebook or follow us on Twitter for more sports updates. You can also download the NDTV Cricket app for Android or iOS.