Highlights, India vs Sri Lanka 1st T20I: The first T20I between India and Sri Lanka was abandoned without a ball bowled due to damp patches on the surface. 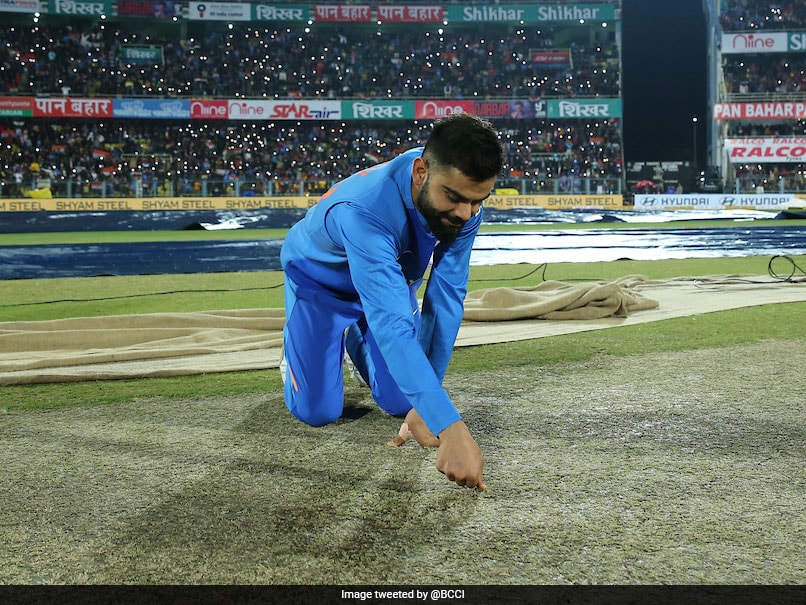 IND vs SL T20I, Highlights: The match was abandoned due to damp patches on the pitch.© Twitter

The first T20I between India and Sri Lanka at the Barsapara Cricket Stadium in Guwahati was abandoned without a ball bowled due to damp patches on the either side of the pitch on Sunday. Earlier, the Indian skipper Virat Kohli won the toss and opted to bowl but the start was delayed due to rain. Even after the rain had stopped the play couldn't start as water had seeped on to the pitch, creating damp patches on both the ends of the pitch. The groundsmen tried everything to get the pitch match-ready but failed. Finally, the umpires decided to call off the game after their final inspection at 9:30 PM IST. The second T20I will be played at Holkar Cricket Stadium, Indore on January 7. (SCORECARD)

Lasith Malinga Barsapara Cricket Stadium, Guwahati India vs Sri Lanka, 2020 Cricket India vs Sri Lanka, 1st T20I Live Score Live Cricket Score Live Blogs
Get the latest updates on ICC T20 Worldcup 2022 and CWG 2022 check out the Schedule, Live Score and Medals Tally. Like us on Facebook or follow us on Twitter for more sports updates. You can also download the NDTV Cricket app for Android or iOS.