Virat Kohli met the fan who made a portrait of him by using parts of old mobile phones. 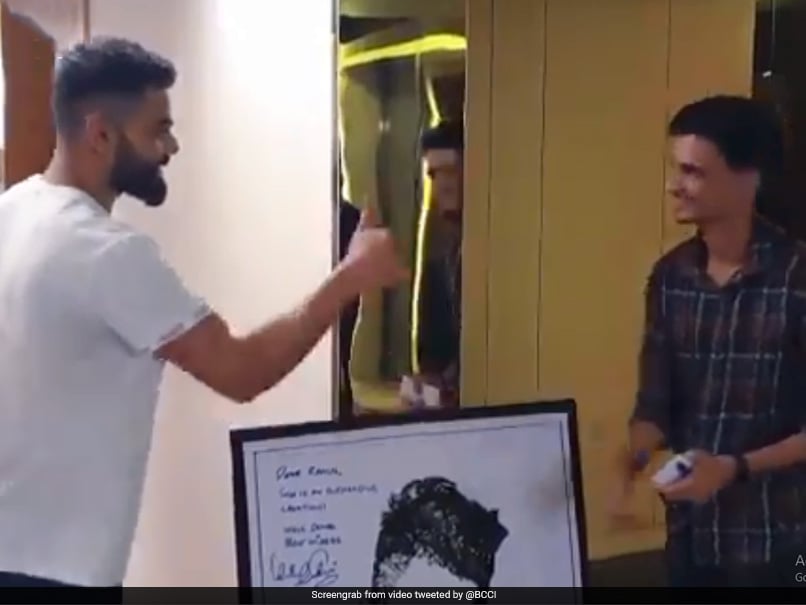 BCCI posted a video of Virat Kohli meeting the fan and signing his "outstanding creation".© Twitter

Virat Kohli's exploits on the field have made him one of the biggest sporting personalities on the planet. He is also arguably the most well-known and followed cricketer in the world with fans' love for him sometimes reaching fever pitch. One such fan wowed the India captain by making a portrait of him by using parts of old mobile phones. BCCI's official Twitter handle posted a video on Sunday of Virat Kohli meeting the fan and signing his "outstanding creation".

In the video, the fan revealed that he is from Guwahati and said that it took him "three days and three nights" to make the portrait.

Making art out of old phones.
How is this for fan love!#TeamIndia @imVkohli pic.twitter.com/wnOAg3nYGD

Virat Kohli and Team India will be seen in action on Sunday when they take on Sri Lanka in the first of the three-match Twenty20 International (T20I) series. The series opener will be played at the Barsapara Cricket Stadium in Guwahati.

India will be looking to start the new year 2020 on a high and continue their winning momentum from last year.

In their last T20I series, India beat the West Indies 2-1 at home with skipper Virat Kohli leading from the front. Kohli ended the T20I series as the top run-getter with 183 runs in three matches at an average of 183 and a strike rate of 190.62.

The T20I series against Sri Lanka will also see the return of India's pace spearhead Jasprit Bumrah. The 26-year-old has been out of action since India's tour of the West Indies last year with a stress fracture, missing the home series against South Africa, Bangladesh and the West Indies, but will look to return to get to his best.

Virat Kohli India vs Sri Lanka, 2020 Cricket
Get the latest updates on ICC Women's Cricket World Cup 2022 and IPL 2022, check out the Schedule , Live Score and IPL Points Table. Like us on Facebook or follow us on Twitter for more sports updates. You can also download the NDTV Cricket app for Android or iOS.